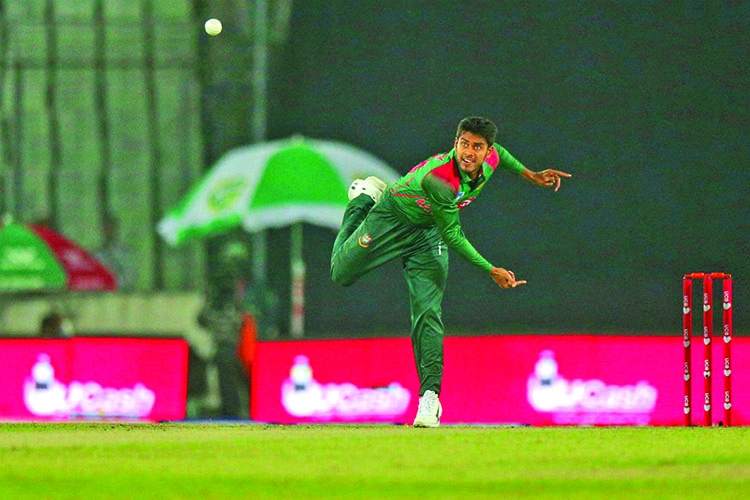 Bangladesh all-rounder Mehidy Hasan Miraz said that frustration gripped him in the first three days in New Zealand as he had to stay inside the hotel room completely.According to him it was like a jail in a well furnished room but he said things are now getting better after being allowed half-an-hour out each day."This is the first time in my life that I had to stay five days inside a hotel room. It was tough and I hope you can guess how it feels like," Miraz told BCB in a recorded video message.
The Bangladesh team reached Christchurch on Wednesday and every member of the squad tested negative in the first Covid-19 test. According to the rule, they have to stay quarantined for 14 days. In the first seven days, they however won't be allowed to do any activities. From day eight, they can do practice amongst themselves and will get the gym facilities."When you stay inside in a room completely alone, this is too difficult. Time wasn't moving initially," Miraz revealed how tougher the first three days was. "
The first three days we couldn't meet anyone, just had conversations over phone and video call from the room. It felt like I was in a jail. To be honest I felt a little frustrated," he added. Bangladesh will play three ODIs, which are the part of ICC ODI Super League, a tournament that is important in qualifying to the 2023 World Cup directly. In addition, they will also play three T20 International matches.
Miraz however said he was looking towards the end of the week when he gets to train with his teammates. After completing two further rounds of tests, the Bangladesh team is expected to practice in small groups from the eighth day."After the first three days, we were allowed to half-an-hour outside the hotel each day and this helps us feel fresh and enjoy the weather and environment. Once we start doing group gym sessions, we will feel even better," he remarked.
After completing the mandatory 14-day quarantine period, the Bangladesh cricketers will be allowed to mix with locals and roam freely around the country.Bangladesh will play the first ODI against New Zealand on March 20 at University of Otago in Dunedin.The second ODI is on March 23 at Hagley Oval in Christchurch and the third ODI is at Basin Reserve in Wellington on March 26.
The first and third ODI will start at 4 am Bangladesh Time and the second one will begin at Bangladesh Time 7 am. The first T20 of the series will be held at Seddon Park, Hamilton on March 28 and starts at 7 am Bangladesh time.The second ODI is at McLean Park, Napier on March 30 while the third T20 is at Eden Park, Auckland on April 1. The second and third T20 starts at 12 pm Bangladesh time. 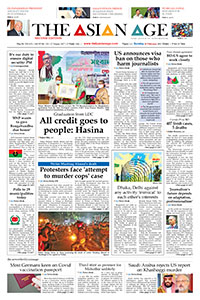