Bangladesh right-arm pacer Shahadat Hossain Rajib has requested the Bangladesh Cricket Board (BCB) to reduce his ban, allowing him to restart his career at the domestic circuit. The 32-year-old has been serving a five-year ban, with two years suspended, for assaulting a teammate during the last season of the National Cricket League."I have applied to BCB to reduce my ban. I want to play cricket for a living," Shahadat told UNB.
"My mother has been suffering from cancer. If I can make a comeback to competitive cricket, I will be able to pay her medical bills." On Saturday, Shahadat went to the National Academy ground to bowl, but the pacer was asked to leave as he is banned from participating in any sort of cricketing activities.
Shahadat played his last competitive game in November 2019. He played for the national team last time in 2015 against Pakistan. He is the only Bangladeshi bowler to have taken a five-wicket haul at Lord's.Shahadat represented the Tigers in 38 Tests, 51 ODIs and six T20Is and bagged 72, 47, and four wickets. He has four five-wicket hauls in Tests, the most by a Bangladeshi pace bowler. 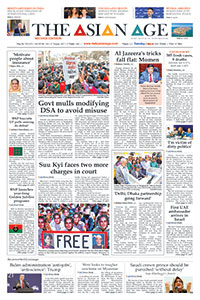