The unique basis of Bangladesh’s nationhood 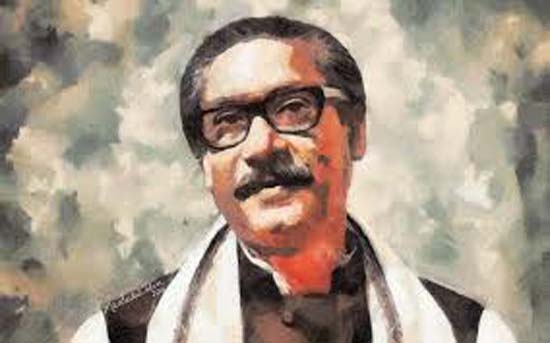 Bangabandhu Sheikh Mujibur Rahman is the greatest Bengali of all times because he secured a place for us in the world map. He endowed the Bengalis with the gift of a permanent address. Bangabandhu or the Father of the Nation, whatever name we call him, his humongous inspirational appearance occupies the lane of our memory whenever we tend to think about anything in the context of Bangladesh. Bangabandhu did not become the Father of the Nation in a single moment or a day. Moreover, you cannot instigate a nation into a self-sacrificial struggle with a two-minute radio message only. On the eve of the advent of Bangladesh, Bangabandhu was able to assume the generation’s dream and structure it into a singular goal of freedom by gradually transfusing the dream into the sensibility of the commons. It was Bangabandhu Sheikh Mujibur Rahman whose visionary directions made it possible for the Bengali nation to stand tall on solid ground of self-confidence and wading through a sea of blood. Bangabandhu initiated our nationalist movement by founding the East Pakistan Students League (Purba Pakistan Chhatra League), just six months after the creation of Pakistan in 1947. He also acted as the architect and principal organiser in founding the Awami Muslim League, the first ever opposition political party in Pakistan, in the year 1949.

One of the important contributions of Bangabandhu was that he turned the Language Movement into a people's and student's popular political movement, bringing it out from the cultural sphere of the intelligentsia. In 1949, Bangabandhu, an extraordinary political visionary and a charismatic leader of people, ignited our liberation movement by amalgamating the language movement with the economic demands of the fourth-class employees of the University of Dhaka. While a student of law in that university, he organized and led the movement of the employees. In the wake of this event, he was taken to prison and the authorities expelled him from the University. He was the first ever student of the University of Dhaka who had been expelled for good due to political activism. Thus, Bangabandhu began his political movement against colonial rule, immediately after the creation of Pakistan. By the year 1966, he was able to establish himself as the principal leader of the people. In 1966, he declared the historical Six Points program, the Magna Carta of the Bangalis, which he preached in the then East Pakistan. Millions of people listened to his words and began dreaming of breaking the chain of slavery of the Pakistani rulers. Speeches with bullet-point policies are almost always powerful because the audience easily deciphers the difference between information and direction, and connect better to the prose when deliverables are listed.

However, generating full commitment and compliance to the directions requires a lot more than simplicity and structure. The March 7 speech successfully put a face the Bangalee struggle in East Pakistan. At the very beginning of the speech, Bangabandhu reminded the audience that East Pakistan is being deprived of their rights and that all politics stop when the streets are spattered with "our" brothers' blood. The history spoke of 23-year-old endurance to political and military suffering, and not ruling the country despite receiving majority votes. Whenever the East wanted to pursue its governance, we were stopped, and shot at. West Pakistan used our money to buy weapons to defend from external threats, yet used the same weapons to shoot at us, and blame us for it Sheikh Mujibur Rahman, with determination and accurately-timed pauses, was able to articulate that the denial of constitutional statecraft in 1970, and the continuous refusal to negotiate was the start of othering East Pakistan. The speech, then, briefly distinguishes the dual nature of the struggle one in the national assembly, and the other on the streets but Sheikh Mujibur Rahman quickly bridges by affirming that he does not seek Prime Ministership, rather is ready to fight for the rights of and justice for his people. The following excerpt is pivotal: They tempted me with the Prime Ministership.

They couldn't succeed in hanging me on the gallows, for you rescued me with your blood from the so-called conspiracy case. That day, right here at this race course, I had pledged to you that I would pay for this debt with my blood. Do you remember? I am ready today to fulfill that promise! Bangabandhu addressed the divide between political gains and social rights, and prioritized his responsibility towards fighting for justice by connecting the favor he owes to the people, effectively assimilating himself with the common struggle of all Bangalees. From that point on, the speech threaded all parties involved as one people What impacts the Awami League, impacts the entirety of East Pakistan; shooting innocent Bangalees is equivalent to shooting at "our heart. When independence was formally declared on March 26,1971, Bangabandhu had a freely given and overwhelming electoral mandate to speak for Bangladesh. Such a mandate was not available to Gandhi, Nehru, or even Mandela, all of whom only obtained electoral legitimacy after independence. It was Bangabandhu’s universally recognised authority which persuaded Bangali judges, bureaucrats and diplomats to extend their support and allowed Bangali members of the armed forces of Pakistan to break their oaths of service and pledge allegiance to the liberation of Bangladesh.

Only in Bangladesh were servants of colonial rule able to repudiate colonial rule so actively because they had a leader with the legitimate authority to speak for the people. Hence, Bangladeshis were able to command worldwide support even when governments of the day remained lukewarm. It was this popular groundswell of support for the Bangladesh liberation struggle and against the genocide of the Pakistan army, which compelled some national governments to demand restraint from the Pakistani junta.Today the genocide unleashed by Yahya and the Pakistan Army would result in even more of a global outcry for the trial of Yahya and Tikka Khan as war criminals.That ordinary people around the world took notice of the atrocities inflicted on the people of Bangladesh is due in no small part to the global visibility and stature of Bangabandhu.

Without his efforts, our liberation struggle could have turned out to be much more protracted. When the Pakistani army launched its aggression, the entire population of Bangladesh rose up to resist. Two years of mobilisation by Bangabandhu had made them conscious of their identity and March 1971 made them a nation. More than most nations, Bangladesh owes a blood debt to the people who died for liberation. It owes much to the leader who played a critical role in inculcating nationhood within the hearts of the people.

The tragedy of post-liberation Bangladesh lies not only in Bangabandhu’s brutal assassination but also in the way he was marginalized for 21 years. We have paid an incalculable price for his murder. We have allowed betrayals to the ethos of the liberation struggle to condemn us to divisiveness and social unrest, which compromises the democratic process. We have forgotten the ability of Bangabandhu to involve the people in a way that made mass participation a distinctive feature of Bangladesh’s liberation struggle. For this same reason it remains essential to build a society where common people are given a sufficient material stake in the rewards of independence and a commensurate democratic stake in shaping a modern Bangladesh.
Bangabandhu  is a rare personality in our national history. He is the architect and creator of a new nation and a country as well. He is not comparable to anybody nor can anybody replace him in our history. Bangabandhu is the greatest ever son of this soil. That is why he is the father of our nation.


Rayhan Ahmed Topader is a writer and columnist , 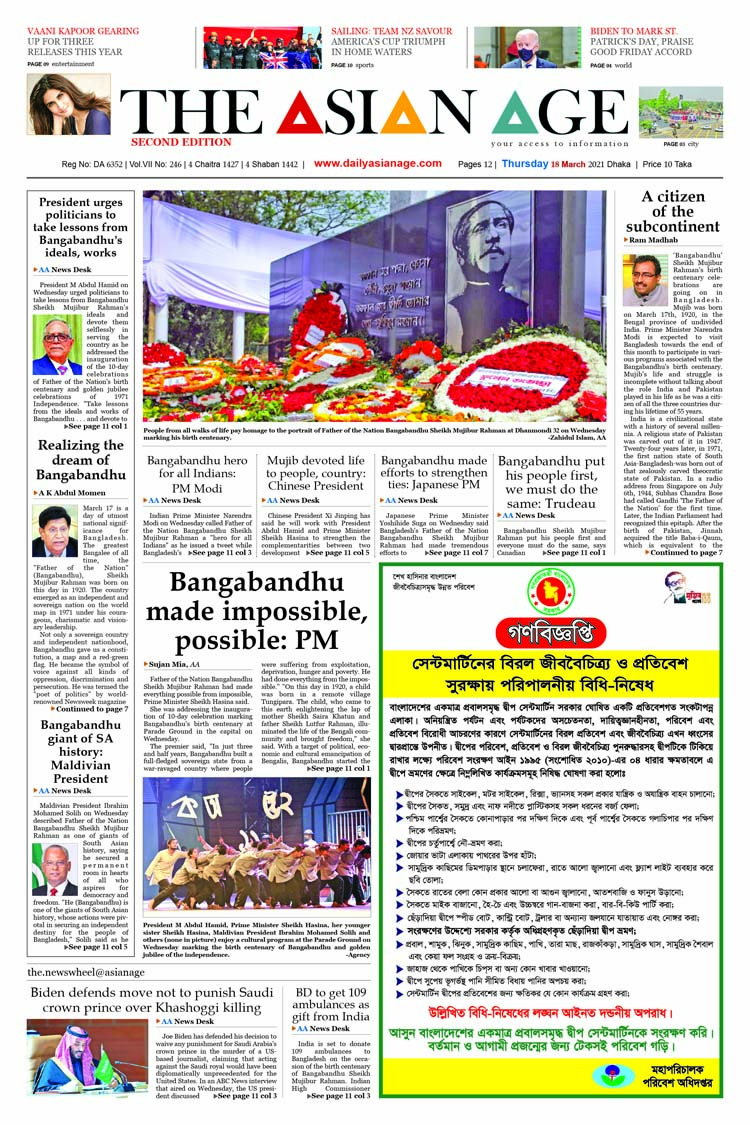