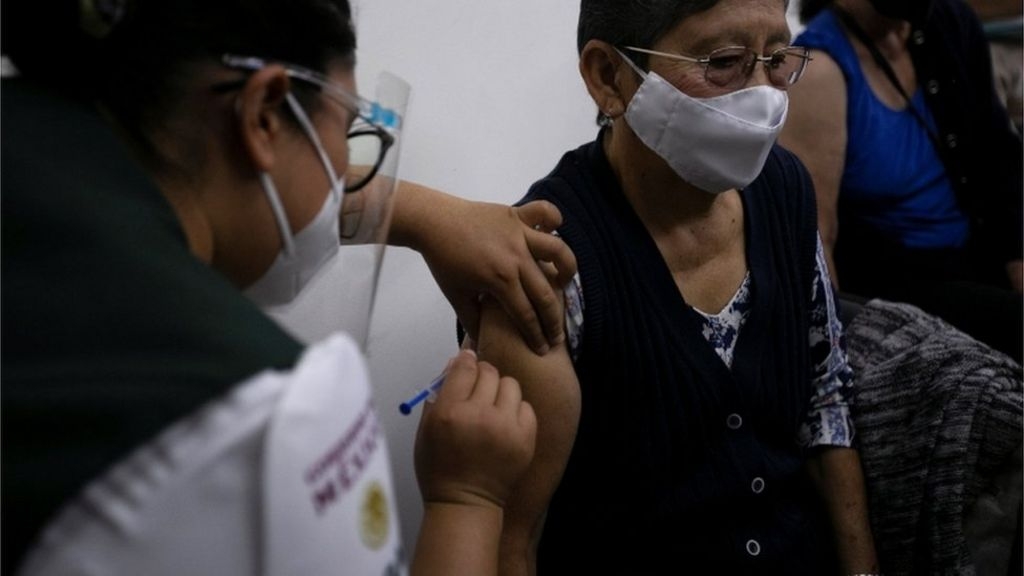 Mexico has published revised figures indicating that the number of deaths caused by coronavirus is 60% higher than previously reported.
More than 321,000 people are now believed to have died from Covid-19 in the country.
The revised toll places Mexico with the second highest number of Covid-related deaths in the world, after the US.
President Andrés Manuel López Obrador has faced widespread criticism over his handling of the crisis.
The opposition has accused him of downplaying the severity of the pandemic and blamed him for delays in the vaccination program.
The revised report issued by Mexico's health ministry (in Spanish) showed that by the end of the sixth week of 2021 there had been 294,287 deaths "associated with Covid-19" - up from the 182,301 confirmed figure given previously.
Since mid-February more than 26,772 Covid-19-related deaths have been reported across Mexico which would take the total to more than 321,000.
That places Mexico above Brazil, which has registered 310,000 deaths, and below the US which has recorded 549,000 fatalities - despite having a population of 126 million which is far smaller than either country.
Experts have long warned that Mexico's true death toll is probably much higher due to a lack of testing. It is also believed that a shortage of intensive care beds in many states has led to a large number of people dying at home.
The new figures came after a review of "excess deaths" and a review of death certificates.
Last week, Hugo Lopez-Gatell, who is heading Mexico's response to the pandemic, warned that the country risked a new wave of infections as millions prepared for the Easter holidays.
Mr López Obrador, who has himself recovered from Covid-19, has been repeatedly accused by his opponents of not taking the crisis seriously enough and is often seen in public without wearing a face mask.
Meanwhile, Mexico's vaccination programme has seen about 6.1 million doses administered so far.
The US recently announced it would release four million doses of the AstraZeneca vaccine to Mexico and Canada.
Both countries have approved the AstraZeneca inoculation, but the US has not. However, the US has a stockpile of the jab.
The White House said that 2.5m of the US's 7m jabs would go to Mexico and 1.5m to Canada.
Leaders from both countries had asked the White House for assistance. Mexican officials even pressed the Biden team on the issue during a conversation about border security earlier this month. 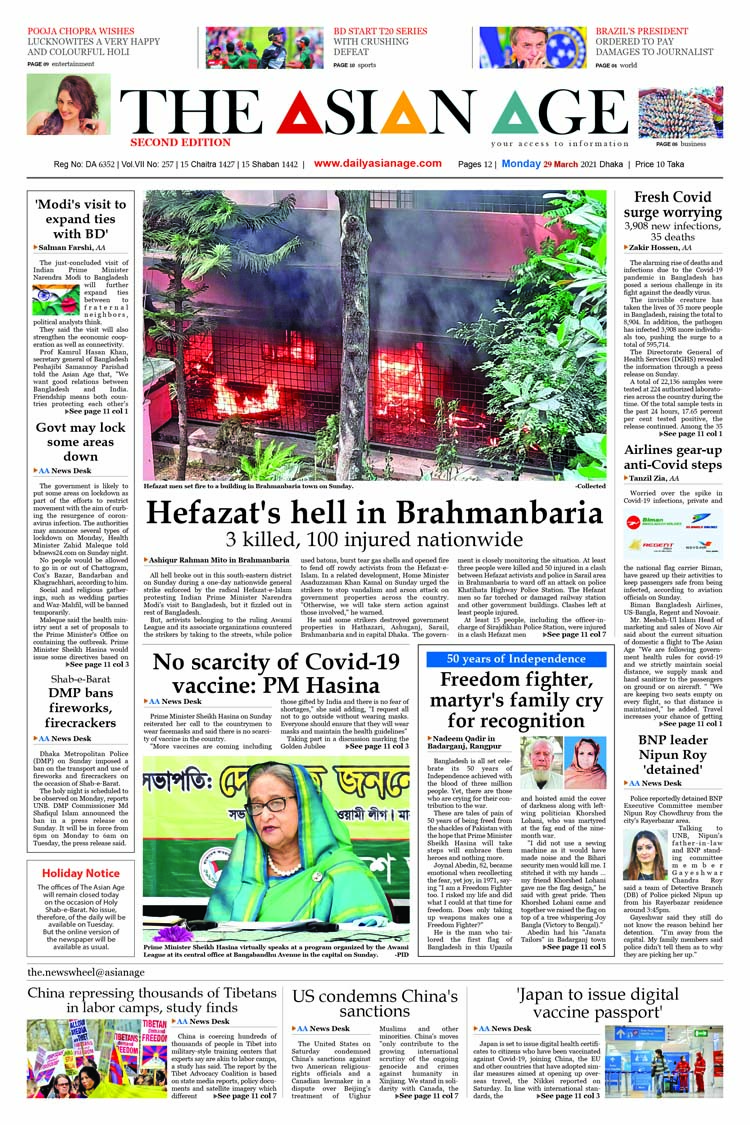