Coastal Regions The foundation of a sustainable economy 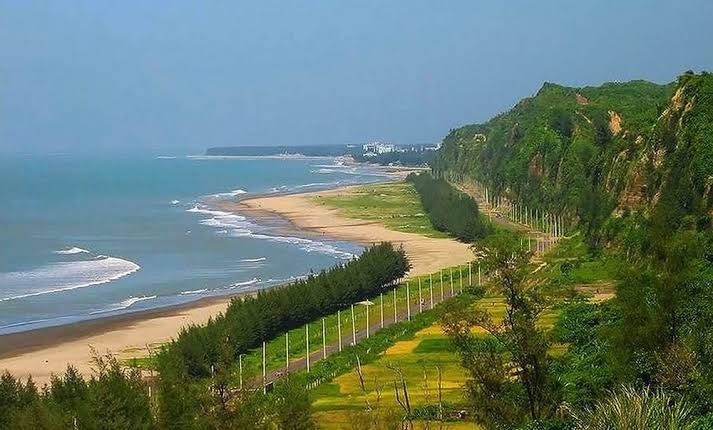 The coastal region of Bangladesh is rich in natural resources. It’s always the first and direct victim of the adverse effects of nature. Reviewing the report of the coastal economy in agricultural Bangladesh, it has been seen that the economy of the coastal region suffers the most.
Bangladesh is gradually moving toward prosperity. We know that the total length of the coastal region of Bangladesh is about 610 kilometers. Of these, the plains and beaches are 310 km, the Sundarbans 125 km, the estuary and the small and large archipelago 275 km.
Depending on the geographical features, the coastal region of Bangladesh consists of three parts (a) Eastern Region (b) Central Region (c) Western Region. The central belt is the most active and continuous process of activation and decay. The mouth of the river Meghna is located in this region. The eastern region is cover by hilly areas where are more stable.
Installations, coastal areas consisting of about 70 islands, recognized lands, beaches, a peninsula, rural settlements, urban and industrial areas and ports. Most of the coastal inhabitants are poor, and the population is exposed to natural disasters and man-made hazards. Climate change-driven events such as sea-level rise, cyclones, heavy rainfall, coastal waterlogging, salinity infiltration and land degradation are major natural disasters.
Natural disasters such as cyclones, hurricane surges, floods and droughts will be more frequent and intense in the future. Climate vulnerability is increasing in the coastal areas of Bangladesh due to geographical conditions, dense population. The central and western parts of the coastal region are more at risk because the western part covers most of the Sundarbans.
A qualitative and effective change in the economy of agrarian Bangladesh is evident in the context of time. Achieving self-sufficiency in food production is one of the most successful indicators of change and success in the territories society and economy in the last four decades of independence.
In this context, the contribution of the agricultural economy of the coastal region is relatively low. The agricultural sector in the coastal belt is mainly divided into grains and non-crops. First, food grain production has not increased comparatively in this regard due to repeated natural disasters.
A sophisticated survey shows that in just 13 years between 1974 and 1996, where almost double the amount of grain was produced at the national level, grain production in the coastal areas did not increase but decreased at the same time.
It is necessary to identify the erosion-prone areas of coastal rivers and construct and repair old dams. In some cases, the embankment has to be raised from six to a maximum of ten meters. If the coastal dam is sustainable and the construction work is properly supervised, there will be no damage to this dam in the next 100 years. Completion of sustainable dams will accelerate the life and livelihoods of the coast and coastal chars and chars.
Although the sea level has been measured, now due to climate change the nature of the river, storms and tidal waves are also changing. With these issues in mind, we need to research building and rehabilitating dams to protect the coastal areas. The development of a protected and prosperous coast will improve the quality of life of the people. On the prosperous coast, people will smile.
SDG seeks to balance "three dimensions of sustainable development: economic, social and environmental" (UN 2015). Considering the multiple environmental, social and economic impacts from resource use and growth, the formulation of policies and guidelines on sustainable management of services provided in the oceans, seas and coastal areas has become highly relevant. Many aspects of coastal tourism, fisheries and coastal economy and livelihoods depend on effective coastal ecology for a sustainable provision of desired services.
At the same time, increasing human and environmental pressures in coastal areas have had a significant impact on coastal systems. So many coastal areas around the world need urgent attention. Sustainable Development Goals (SDGs) 2030 Agenda for Sustainable Development (henceforth 2030 Agenda) the coastal areas are considered in its two goals (14.2 and 14.5) for the conservation and sustainable use of oceans, seas and marine resources.
The Coastal Development Strategy (CDS) emphasizes the implementation of the Coastal Region Policy. The CDS was approved at the second meeting of the Inter-Ministerial Steering Committee at ICZMP on 13 February.
We can use the coastal areas in different ways. Such as- 1. Produces energy by installing solar panels on beaches or in shallow seas. 2. Tidal power generation through the construction of marine barrages in coastal areas. 3. Generating electricity using ocean waves. 4. Collecting fossil fuels can play a role in the national economy.
This will change the quality of life of the coastal people on the one hand, on the other hand, the successful use of the open sea through the sea. As a result, foreign investment can be attracted in these industrial areas and a huge potential for Bangladeshi products will be created in the world market. Also, processed fish factories can be set up in coastal areas. Because we are losing a huge market for marine fish just because it is not processed properly.
As well as this it has several important and critical ecosystems. By utilizing its opportunities in a regular and coordinated manner, the coastal region can make a significant contribution to achieving the national goal of acute poverty reduction and economic development.
Touhidur Rahman Tuhin , Associate Editor of The Environment Review 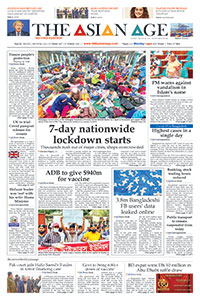