Beyond the Pandemic London's financial hub seeks a rebirth 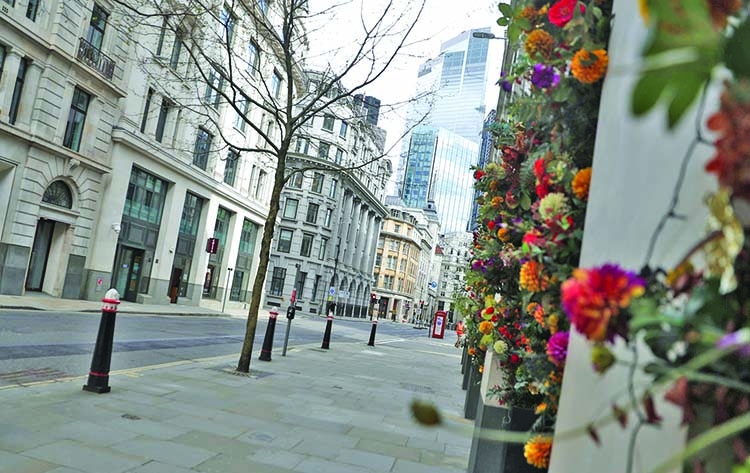 On the surface, London's financial district appears to be a shell of its former self. No one is rushing to meetings. Chairs are flipped upside down on tables inside closed cafes and pubs. The roads are ghostly quiet on a bright spring morning.But a hive of activity is taking place at one spot, as builders lay the groundwork for the latest skyscraper to transform the skyline. Developers of the tower, called 8 Bishopsgate, are confident that when construction ends late next year, workers and firms will return to fill all 50 floors of the gleaming new office space.
When the corona virus struck, nearly 540,000 workers vanished almost overnight from the business hub, known as the City of London, or simply "the City." A year on, most haven't returned. Plagues, fires, war - London has survived them all. But it has never had a year like this. The corona virus has killed more than 15,000 Londoners and shaken the foundations of one of the world's great cities.
As a fast-moving mass vaccination campaign holds the promise of reopening, The Associated Press looks at the pandemic's impact on London's people and institutions and asks what the future might hold. While many believe that some degree of working from home will become the new normal, city planners say they aren't worried about empty office buildings.
Rather, they say the uncertainties and changes are just a catalyst for the reinvention of one of the world's top financial centers. "We're very clear that the office is not dead, from all that we're hearing," said Catherine McGuinness, head of policy at the City of London Corporation, the governing body of the historic district.
It's been a year like no other for the City of London, the ancient core of the capital and historically its wealthiest and most powerful area. Another nickname is "the Square Mile," a reference to its size. The district sits within the Roman walls of Londinium, the original name of the city founded on the banks of the River Thames around 50 A.D.
---AP, London