There was no such horror as in JOTUGRIHA 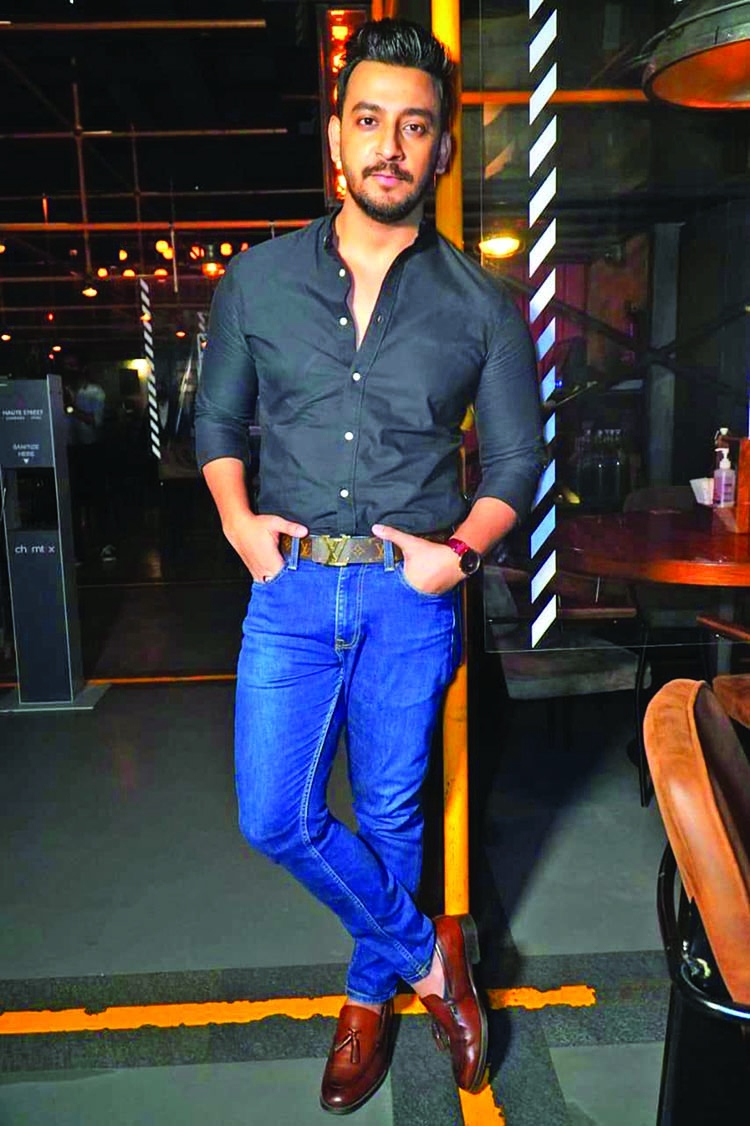 "Bonny Sengupta" is one of the busiest heroes in Kolkata at present.  He is acting in Covid 19 situation.  The actor said that he is currently busy with shooting for various movies.  He spoke with Aurka Roy Shetu about his journey in film industry for Daily Asian Age.

Q: How are you?
Bonny Sengupta: I'm fine.  I am shooting regularly according to the hygiene rules.

Q: In the movie "JOTUGRIHA", the audience will see something new that has never been seen before in Bengali cinema?
Bonny Sengupta: There was no such thing as a standard horror.  This is a proper suspense thriller movie which has not yet happened in Bengal. The movie is directed by Saptashva Basu. Anamika Chakraborty will star opposite me.

Q: Once you wanted to be a cricketer, now you ended up as model in the film industry, how is it possible?
Bonny Sengupta: Everyone in my family is working in the film industry.  But there was no plan to enter into the film industry.  It took a lot of hard work.  I couldn't find my parents at the right time.  That's why I thought I would never work in the film industry.  I loved to play cricket then. I played until Under Sixteen.  One time I had typhoid.  This fever causes my stamina go down completely.  Then I got dropped out of the team for lifetime.  That was a difficult time for me.  When I was in school, I always felt like I wanted to do something on my own.  I never used family identity.  I used to shoot a couple of pictures for a magazine in a crowd of nineteen or twenty people.  I was not so serious about life then.  Then I sat down with my parents and discuss going to the industry.  At that time my weight was ninety-two kg.  Gradually I started giving auditions everywhere for serials and movies.  Then I got chance to work with Venkatesh Films.

Q: Mother,  father, grand father are the man of the industry.  In that case, how easy was your path?
Bonny Sengupta: Due to Ma-Baba-Thakur'da's long presence in industry, everyone may now know them as Bonnie's grandfather, father, mother.  It is their and my pride.  I was able to make this place.  It is not as easy to find work here as people criticizing  the industry.  You have to work for it.  There is so much to learn. In the first work, Raj'da shows how to overcome one's own imperfections.  That's why I do workshops before acting in the first movie.  I went to a place to do that.  Before, there was no option in hand, what to do, how to work.  After all, I'm working on better content now.

Q: Bony-Kaushani off-screen relationship shows great chemistry, how relationship started?
Bonny Sengupta: Bony-Kaushani has become a name.  Everyone wants to see this pair of us together.  We've done a lot of movies.  The audience also loved that.  There are many requests on social media and we want to see them together again. The off-screen pair is as successful as on-screen. Five years on and off screen relationship has been completed.  We are planning to get married within three or four years. The family has talked about this relationship.  Hopefully the two of us will live together for a few days.

Q: Tamil movie's copied version is spreading widely in Tolly movie!  There is a lot of influence of Veen culture in its own way! What do you say, the impact of Veen culture and commercial thinking or the crisis of talent?
Bonny Sengupta: This has been happening in Tollywood for many years.  If a movie is liked by the audience.  It is made anew like the Bengalis.  We call it remade.  People named the remake.  There are many remakes in Hindi movies like this.  There is no harm in it.  Many people like these movies.  But there are other genres of movies as well and we are doing them now.  We have to keep pace with the trends.  When the audience want to see the movie tha's giving them a gift.  Speaking in respect to commercial thinking, it is difficult to understand what kind of movies are going on nowadays.  I try to make good movies.  Showing innovation.  Now all the characters or movies I am doing are different.

Q: Three generations of 'Bony's' in the film, absolutely a film family.  They are very popular through social media, acting, and family position.  What are your thoughts?
Bonny Sengupta: Yes, three generations ruled our movies.  I am after grandparents.  In that case a burden falls on myself. Though  nobody knows their son or grandson.  No one is ready for anything.  One has to perfect himself for everything.  I was able to overcome all the adversities and make a place.  But in that case I got a lot of benefits from the family.  Reaching out to producers through parents is a lot.  That's not to say they got me a job.  I had to wait four or five years for that.  Now I got a little popularity now.  I have probably been able to prove my worthy.

Q: What is your favorite movie and artist?  What do you think about Bengali movies?
Bonny Sengupta: There are a lot of favorite movies.  First of all, I will take the name of my movie 'Parbona Ami Charte Toke'. This is my first hit movie.  From there my acquaintance grew in the film industry.  Our favorite artist in Hindi cinema Shah Rukh Khan and our Prosenjit Da is in Bengali cinema.  And I can't explain the idea of Bengali film.  I was born and raised in this industry.  It is very close to me.  This is what I love, this is what I can do.  I will continue to try to win people's hearts by working well in Bengali films or any other film.

Q: The film is also called the mirror of society, is the film able to highlight his society at all or to represent the society as a whole?
Bonny Sengupta: Film is the mirror of society.  The film manages to entertain as well as inform.  Many movies have been able to highlight them.  The movies that are still being made are trying to highlight about the society a lot.  We try to convey a message.  Then it's a matter of the whole audience, how they're taking it.  Many people laugh at it and blow it away.  Some takes it seriously.  We need to understand what people think, basically to act accordingly.  Now the presence of many types of audiences can be seen.  We try to give an awareness message in a movie.

Q: The relationship of film with politics or industry politics, what would you say?
Bonny Sengupta: There is no such thing as nepotism in Bengali industry.  Even though all my family members are actors and actresses, they have had to burn a lot of wood to enter the industry.  Here they have to prove their worthy.  I had parents in the industry, so maybe I got a job, but not at all.  How important it is for us to come to this place today. 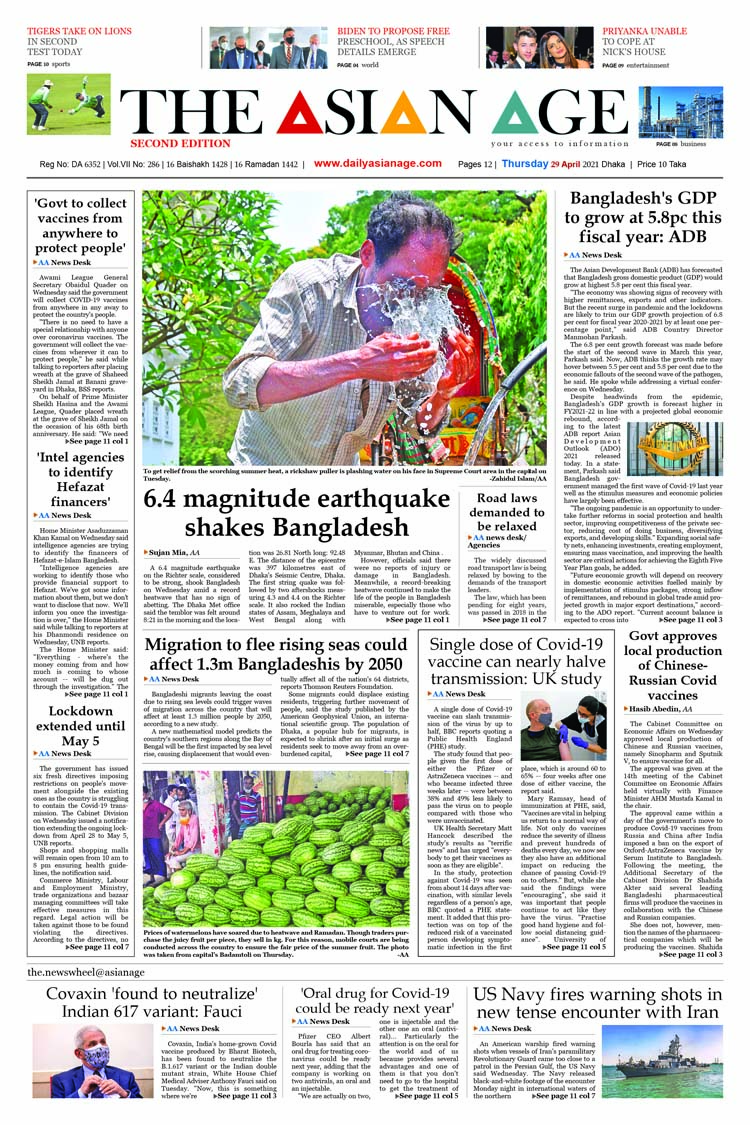