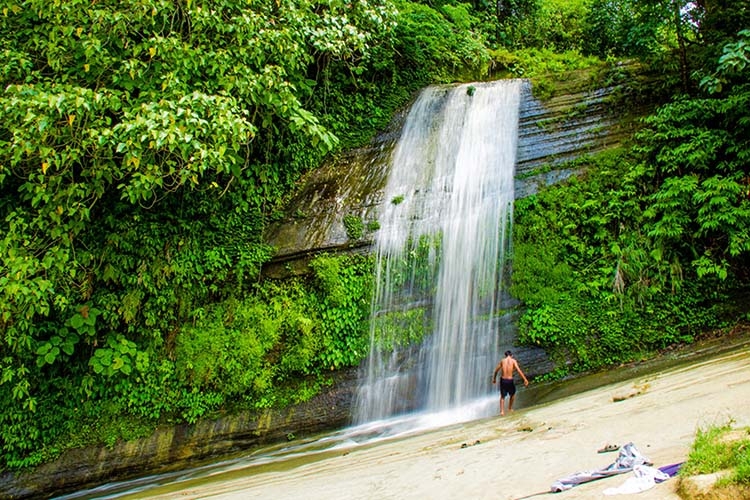 Richhang is another natural waterfall and one of the most attractive tourist destinations in Khagrachhari District of Bangladesh. Not so wide and not as great as Jadepai or Nafakhum, but this beautiful waterfall successfully surprised the domestic and foreign travelers with its intrinsic natural beauty.Richang Waterfall is located 11 km away from Khagrachari district headquarters and about 10km away from MatirangaUpazilaSadar (1 km South) Khagrachhari-Dhaka main road.
From the main road, going through the hilly path, it needs to go down by 235 steps. During the rainy season, the sound of the waterfall is heard when you are in the stairs. The green hilly areas and the amazing environment will surely amaze you. This natural fountain/waterfall was discovered on 1993-94. Through the Jhom cultivation, the fountain comes to the attention of everyone. Fountain water falls below from 100 feet high, which has made the place more attractive.

Travel tips
There is no arrangement for food & accommodation in Richhang waterfall. You have to carry drinking water and food on your own.
Sleeping down from the tor of the walls can be dangerous.
Can take some extra cloth.