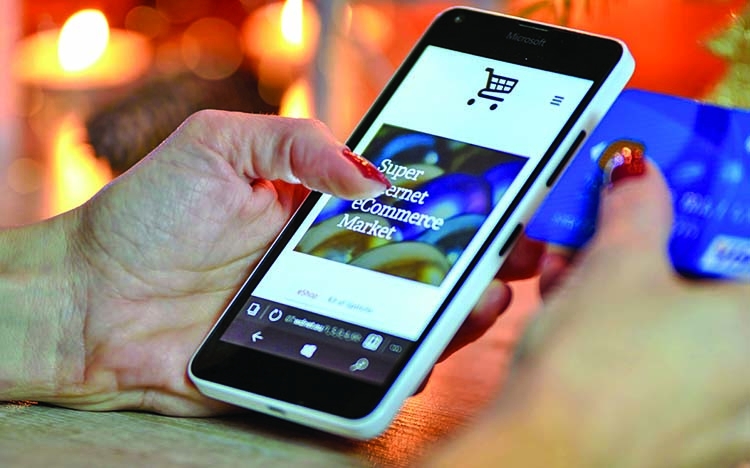 The Covid-19 pandemic provided a boost for e-commerce last year, but the digital windfall was not enjoyed equally across the board, a UN study found Monday. "Although it will take some time to get the full picture of the impact of Covid-19 on e-commerce… a number of developments point to the strong rise in e-commerce in 2020," said the report by the UN Conference on Trade and Development (UNCTAD).
The study crunched data from seven countries - Australia, Britain, Canada, China, Singapore, South Korea and the United States - representing some two-thirds of online trade. Online sales rose 59 percent in Australia, 46.7 percent in Britain, 32.4 precent in the United States and 14.6 percent in China. Turnover rose by 22.4 percent last year to $2.5 trillion, having increased by some 15 percent in 2018-19, UNCTAD said. By contrast, overall retail sales declined by one percent.
"These statistics show the growing importance of online activities," the report's author, Torbjorn Fredriksson, told AFP. They also underscore the need for countries, especially developing states, to use such data as they rebuild from the pandemic, said Shamika Sirimanne, head of UNCTAD's technology and logistics section, in a statement.
A standout performer was Jumia, Africa's online retail giant, whose transactions jumped by more than 50 percent in volume in the first six months of 2020 compared with the first half of 2019, Fredriksson said. The e-commerce industry is forecasted to hit $3 billion by 2023 provided there is a stable internet connection and an easy online payment system, experts said. Despite having dissatisfaction among the consumers, e-commerce and f-commerce are growing manifold for their incremental demand.
In 2020, thanks to the global coronavirus pandemic that compelled people to stay at home as much as possible, the e-commerce business experienced a significant 166 per cent growth as consumers moved online for their shopping needs. There are 36 million active social media users in the country, of which 8.4 million are Facebook users. The Facebook commerce (f-commerce) market is about Tk 312 crore. "F-commerce is flourishing in the country," said Ghulam Rahman, president of the Consumers Association of Bangladesh (CAB).
Subsequently, he urged the government to make registration mandatory for f-commerce traders so that they could be monitored, regulated and financed.
F-commerce should be regulated as it is not similar to e-commerce, said Syed Mustahidal Hoq, managing director of Daraz. "Strong regulatory monitoring will mitigate bad players in the market," Kabir said.  He also called for an e-commerce marketing and advertising policy along with data privacy.
Currently, the size of the local e-commerce market was about $2 billion and was increasing by 50% every year, said DCCI President Shams Mahmud. Despite a significant drop in general trading, e-commerce trading increased remarkably, benefitting from the pandemic's turbocharging of digitalisation.