Speedboat owner among 4 booked over accident in Padma 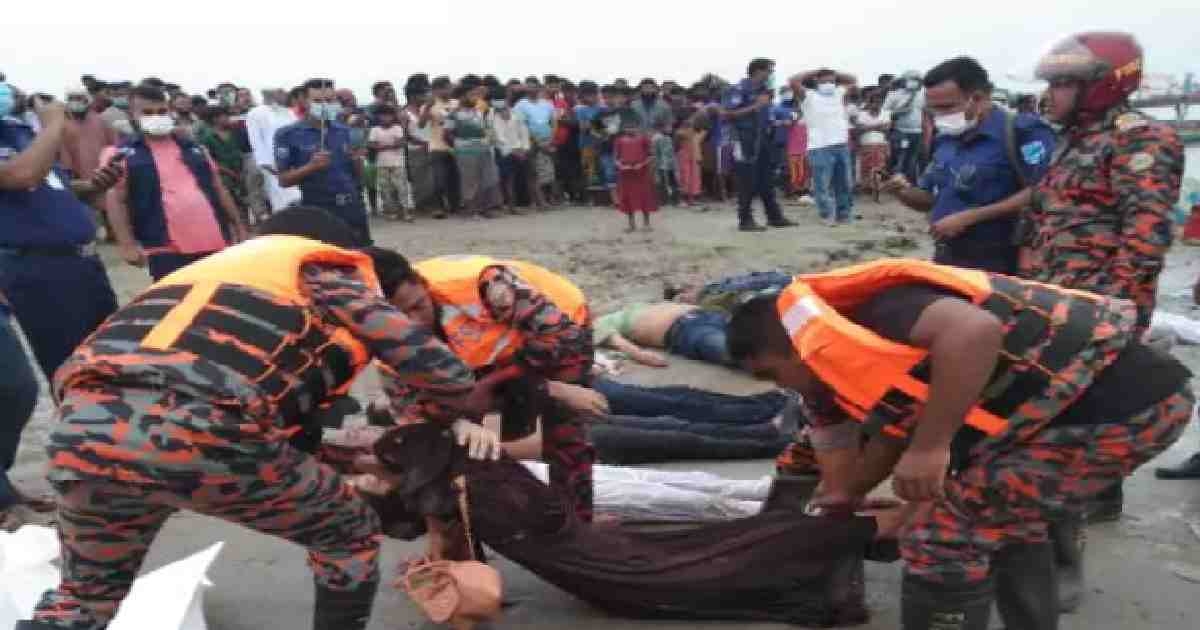 At least 26 people died when a speedboat sank in the Padma River near Kathalbari Ferry ghat in Shibchar upazila of Madaripur
Four persons have been booked in connection with the speedboat accident in the Padma river that claimed 26 lives in Madaripur's Shibchar upazila on Monday, police said Tuesday.
Miraz Hossain, officer-in-charge of Shibchar police station, said an FIR was filed against the four, including the speedboat owner, on a complaint lodged by the sub-inspector of River Police, Lokman, on Monday night.
Apart from speedboat owner Chandu Molla, its driver Shah Alam and two others, including a man named Rezaul Khan, have been booked.
Earlier, on Monday, at least 26 people died when the Banglabazar-bound speedboat from Shimulia ferry ghat capsized in the river after a collision with a sand-laden bulk carrier near Kathalbari ferry ghat in Shibchar.
Twenty-six bodies were retrieved from the river with the help of divers from local Fire Service and Civil Defence, police and Coast Guard members.
A six-member committee was formed on Monday itself to investigate the speedboat accident.
The local administration formed the probe body after the accident, Mohammad Raihan, Fire Service and Civil Defence Headquarters station officer (Media cell), told UNB on Monday.