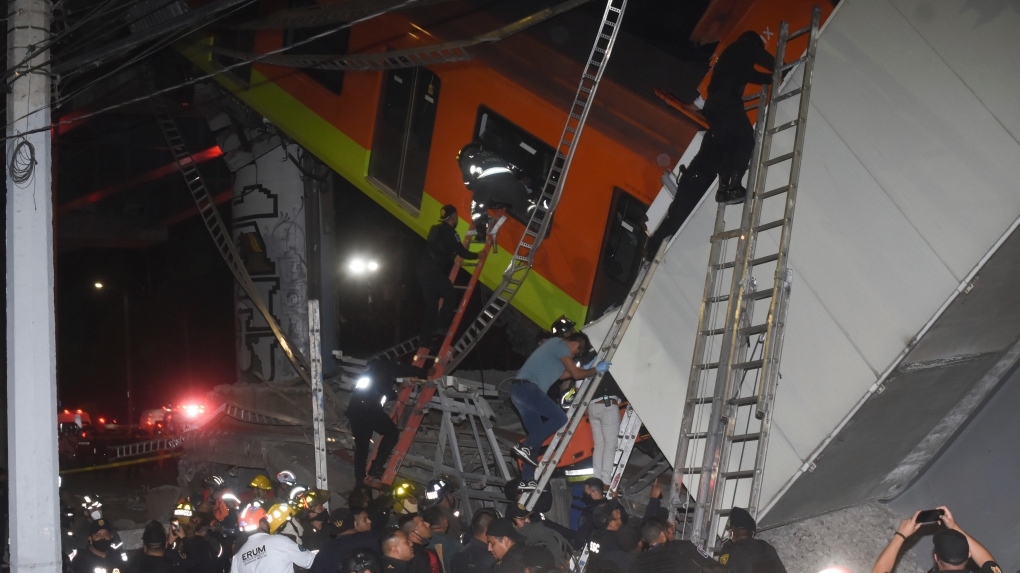 An elevated section of the Mexico City metro collapsed, sending a subway car plunging toward a busy boulevard late Monday, killing at least 15 people and injuring about 70, city officials said.
Mayor Claudia Sheinbaum said 34 of the injured were hospitalized, and people were still trapped inside the train, which was split in two and suspended.
Video showed a car trapped under rubble, with dozens of rescuers searching through wreckage from the collapsed structure. The overpass was about 5 meters above the road in southern Mexico City.
“A support beam gave way,” Sheinbaum said, adding that the beam collapsed just as the train passed over it.
Rescue efforts were briefly interrupted at midnight because the partially dangling train was “very weak” and a crane had to be brought in.
“We don’t know if they are alive,” Sheinbaum said of the people trapped inside the subway car.
It is unclear if most of the dead were on the subway cars, or whether they were pedestrians or motorists caught below.
Hundreds of police and firefighters cordoned off the scene in the southern borough of Tlahuac, as desperate friends and relatives of people believed to be on the trains gathered outside the security perimeter.
Oscar López, 26, was searching for his friend, Adriana Salas, 26. Six months pregnant, she was riding the subway, returning from her work as a dentist when her phone stopped answering around when the accident occurred.
“We lost contact with her, at 10:50 p.m., there was literally no more contact,” López said.
The collapse occurred on the newest of the Mexico City subway’s lines, Line 12, which stretches far into the city’s southside. Like many of the city’s dozen subway lines, it runs underground through more central areas of the city of 9 million, but then runs on elevated, pre-formed concrete structures on the city’s outskirts.
The collapse could represent a major blow the Mexican Foreign Relations Secretary Marcelo Ebrard, who was Mexico City mayor from 2006 to 2012 when the Line 12 was built. Questions about the quality of the construction emerged soon after he left office as mayor.
Ebrard wrote in his Twitter account, “What happened today on the Metro is a terrible tragedy.”
“Of course the causes should be investigated and those responsible should be identified,” he wrote. “I repeat that I am entirely at the disposition of authorities to contribute in whatever way is necessary.”
The Mexico City Metro, one of the largest and busiest in the world, has had at least two serious accidents since its inauguration half a century ago.
In March of last year, a collision between two trains at the Tacubaya station left one passenger dead, injuring 41 people. In 2015, a train that did not stop on time crashed into another at the Oceania station, injuring 12 people. 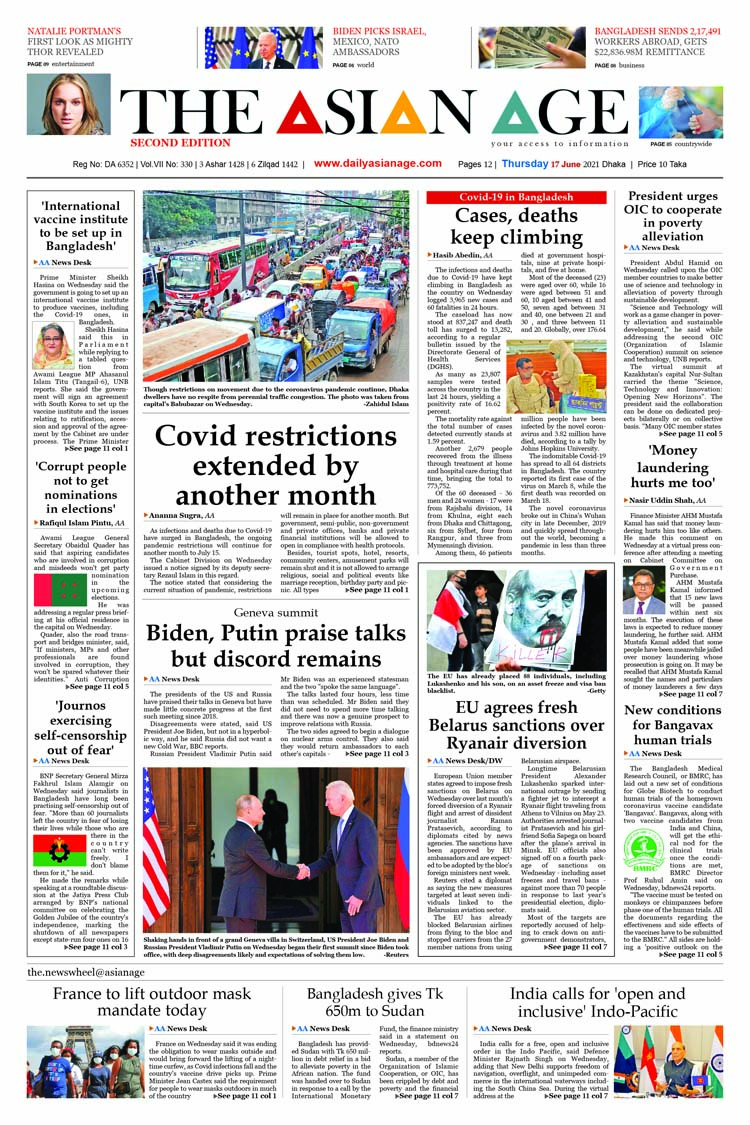