At least 12 killed in floods in western Afghanistan 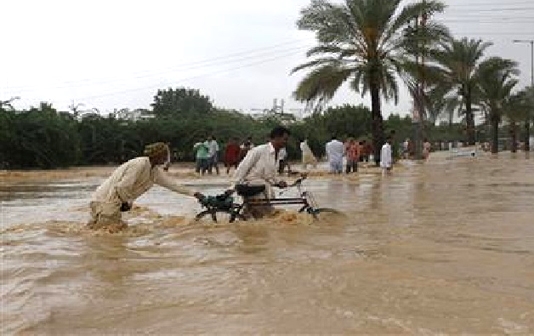 At least 12 people were killed as heavy rains and flash floods hit parts of Afghanistan’s western province of Herat, the local government said on Tuesday.
“Flash floods engulfed vast areas in Adraskan district and neighboring districts in Herat province on Monday,” it said in a statement.
Among the dead were one woman and four children, according to a local government source.
The floods also destroyed tens of residential houses and orchards in the districts and caused closure of several district roads to traffic, the statement said.
The rescue personnel have arrived in the affected areas, and scores of local households have so far been evacuated to safe areas, according to the statement.
Heavy rains hit many areas in the country in recent weeks.