Roads hum with traffic as public buses are back 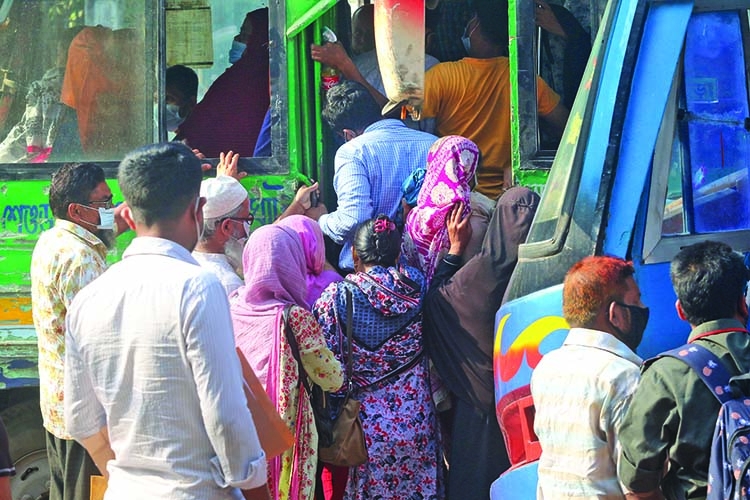 People fight to get on a bus in city's Farmgate area on Thursday. -Zahidul Islam
After 22 days of shutdown, public transport services resumed in the district and metropolitan areas across Bangladesh on Thursday.
The government imposed a lockdown on Apr 5 to curb the spread of the coronavirus and tightened health restrictions later as the country entered the 'strictest lockdown' on Apr 14. Public transport by, road, water and rail, has been closed since.
Stores, shopping malls and commercial flights, both international and domestic, were recently allowed to operate as restrictions eased. But the public transport was still closed, leading to nationwide protests from workers, who called for services to resume while following health guidelines and with half the seats left empty.
The Bangladesh Road Transport Authority, or BRTA, has allowed the public transport system to resume with five new restrictions:
* Long-haul inter-district vehicles will remain off the roads.
* A vehicle cannot carry more than half the passenger capacity.
* Additional fares (aside from the 60% upcharge in ticket prices) are prohibited.
* Vehicles have to be disinfected at the start and end of trips.
* Vehicle drivers, other transport workers and passengers are required to wear a mask and use a hand sanitiser.
There were only a few commuters waiting for buses at the Mohammadpur bus stand on Thursday morning. Bus drivers, helpers and passengers were all wearing masks at the time, but several people expressed doubt about whether the government's instructions would be followed as the day wore on.
There were few passengers on the buses passing by Asadgate as well. And there were fewer commuters waiting for buses than usual. Kajol Miah, who was headed to Motijheel, said half the seats had been left empty.  "They're allowing gaps in the seating now because there are few passengers," he said.
"I don't think the bus workers will follow the rules once there are more passengers." "There aren't many passengers yet. They told us not to allow anyone without a mask to get on board and we aren't. We have hand sanitiser as well," said Abdullah, a bus driver who runs an Alif Paribahan bus from Mohammadpur to Banasree. "It's good for us that buses are running again," Anika Mishkat, a passenger on the bus, said. "They're following the social distancing rules, but I don't know how long that will last." "It was very hard on our family during the lockdown," said Mosharraf, a driver for Dipon Paribahan.
"But now we get the chance to drive our buses again. We are transporting passengers while maintaining the health regulations and will continue to do so."
On several routes, buses seemed to be following the government's order to seat one passenger for every two seats.
Aman Miah, who was waiting for a bus at Dhaka's Shyamoli intersection, said: "I'm waiting for a bus, but I think, as it's the first day, there are fewer buses. Still, the fact that buses are running is good for us."
"They needed to resume bus services earlier," he said. "Markets are open, so why would the restart of bus services be a problem? It would have been better for the people."  "Transport workers don't have any savings," said Noman, who works as an assistant on an FTCL bus that runs from Mohammadpur to the outskirts of the city in Jatrabari. "If we work, we can eat. If we don't, we can't. The lockdown lasted 22 days. It was very difficult to endure."

Traffic has built up on roads in Kakrail, Malibagh, Mouchak, Rampura and Gulshan since 9 am. The roads were full of buses, cars, trucks, covered vans and rickshaws.
Private bank official Aminul Islam said he left Gulistan for Gulshan at 8:30 am but had to face traffic congestion. "There's heavy traffic on all the roads. It took me an hour and ten minutes to get to Gulshan."
"There have been many cars on the road the past few days," said autorickshaw driver Shamsu Miah in Mohakhali. "Now that the city bus services have resumed, we're in trouble. It took me an hour and a half to take a passenger from Mohakhali to Gulistan. It's taking more time, but we're still not making much." Dewan Paribahan driver Mohammad Alauddin said: "There are few passengers. Maybe the number will grow as the day goes on." 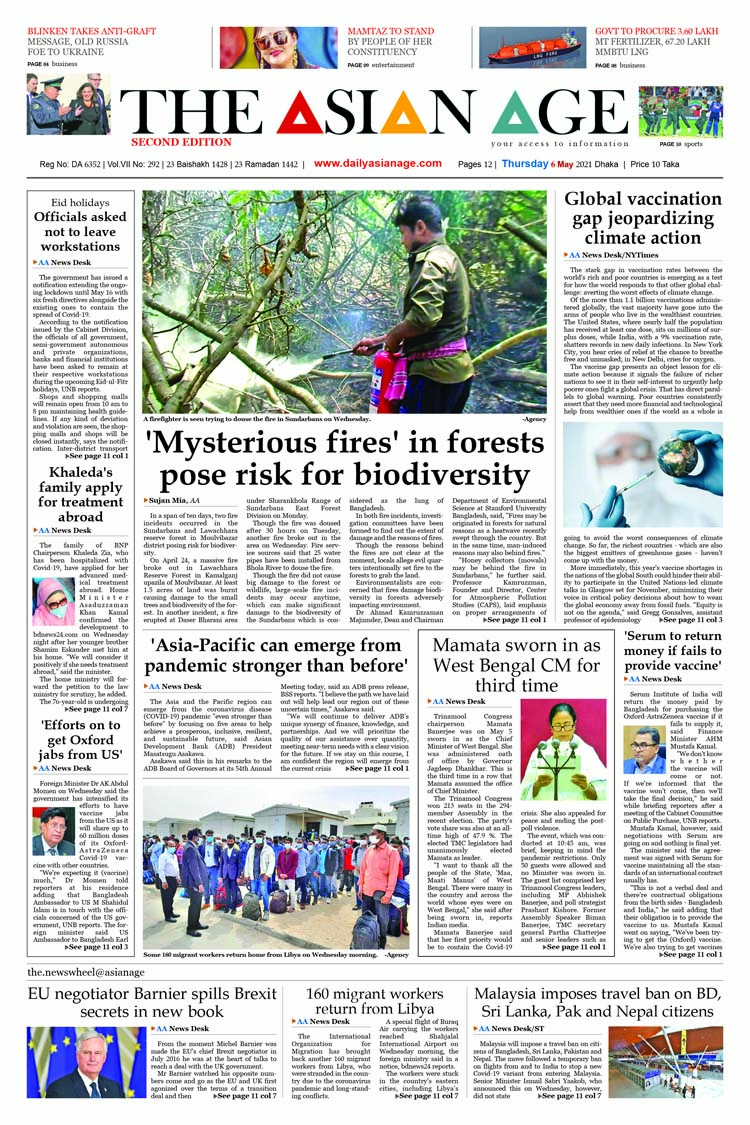