Border with India to remain shut for another 14 days 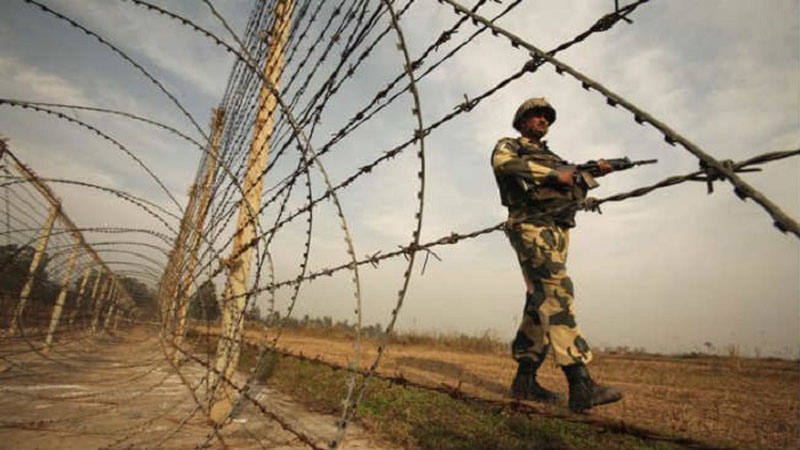 The government has decided to extend the closure of border with India for another 14 days as the Covid-19 situation keeps worsening in India.
"It has been extended for another 14 days. The previous conditions will remain unchanged," Secretary (East) at the Ministry of Foreign Affairs Mashfee Binte Shams told UNB over phone.
The latest decision of the extension was taken at a virtual meeting held on Saturday with Foreign Secretary Masud Bin Momen in the chair.
Earlier, the government closed the border with India for 14 days with effect from April 26 but cargoes carrying goods were allowed to operate as usual.
As per the previous decision, general movements of humans between Bangladesh and India will temporarily stay suspended through land ports.
The Bangladeshi citizens currently travelling to India for treatment and having visas with validity for less than 15 days could enter Bangladesh through only Benapole, Akhaura and Burimari after taking permission from Bangladesh Missions in New Delhi, Kolkata, and Agartala and with a mandatory Covid-negative certificates done through PCR test within 72 hours of entry.
People entering Bangladesh through this process would have to stay officially quarantined for two weeks.
Except for the aforementioned three land ports, all kinds of human movements through all other land ports between the two countries would completely stay suspended for two weeks.
The vehicles carrying imported goods from India would have to be properly sterilised before entering Bangladesh borders.
The drivers and helpers concerned would have to observe the Covid-19 safety protocol strictly.
Railroads will be encouraged for the export and import of goods between the two countries during this period.
Bangladesh Missions in New Delhi, Kolkata and Agartala will convey the relevant information in this regard to the authorities concerned in India in the light of the friendly relations between the two countries.
India's crematoriums and burial grounds are being overwhelmed by the devastating new surge of infections tearing through the populous country withb a terrifying speed, depleting the supply of life-saving oxygen to critical levels and leaving patients to die while waiting in line to see doctors, reports AP from New Delhi.
India recorded over 400,000 new Covid-19 cases in the last 24 hours ending 8 am Saturday, taking the country's total caseload to over 21.8 million. Out of these, over 3.7 million cases are currently active while over 17.9 million people have recovered.
With 4,187 new deaths, the toll now stands at over 238,000. At least 14 states are reporting cases in five figures.
Maharashtra reported about 54,000 cases, Karnataka had nearly 49,000, while Kerala had over 38,000.