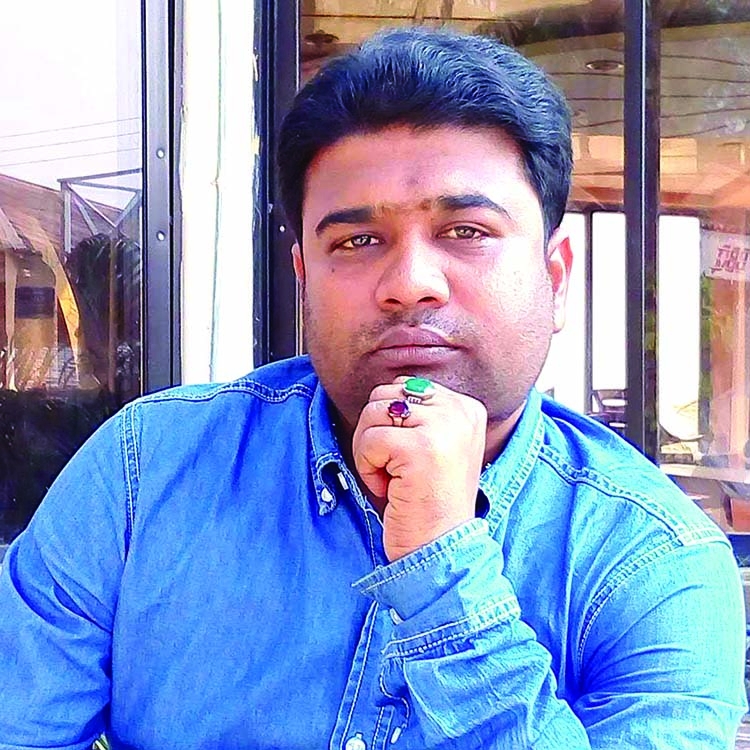 Indian Media Correspondents Association Bangladesh (IMCAB), a platform of Bangladesh correspondents for Indian media, has expressed deep shock at the death of the organization's executive member Monjur Ahmed Anik.In a joint condolence message on Saturday, President of the organization Basudeb Dhar and general secretary Mashum Billah expressed their sympathy to the bereaved family.
IMCAB President Basudeb Dhar said the death of Monjur Ahmed Anik was an irreparable loss. His policies and ideals will remain exemplary for journalists. IMCAB General Secretary Mashum Billah said that he was always vocal in the struggle for the rights of journalists as well as journalism.
He died of a heart attack at a hospital in Narayanganj around 11pm on Friday. He was 36 years old at the time of his death. He left his wife, two sons and numerous admirers. His funeral was held at 11 a.m. on Saturday at Pathantuli cemetery after Janazah prayers.Monjur Ahmed Anik was the Bangladeshi correspondent for the daily Ajmer Faryad in Tripura, India, and the correspondent of daily Amader Orthoneeti