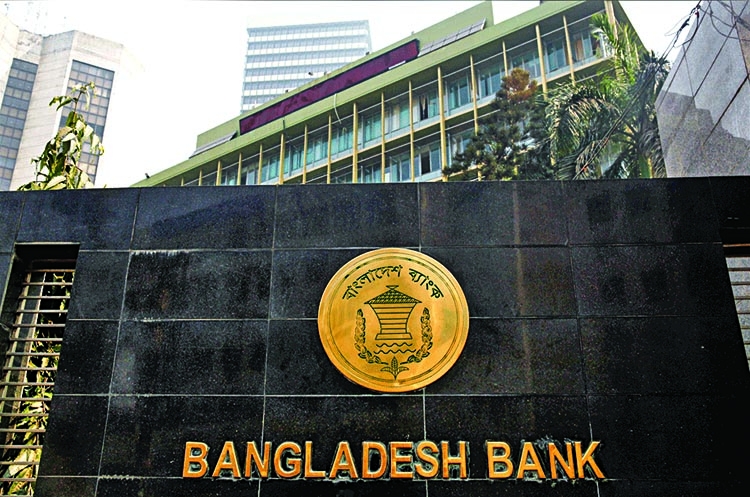 Bangladesh Bank (BB) effectively led the country's banking and financial sectors as a result of which Bangladesh's economy remained in good shape despite the outbreak of coronavirus pandemic while most of the other countries are suffering from economic doldrums at this moment.
Though Fazle Kabir  joined Bangladesh Bank as Governor in March 2016, his tenure in the central bank was extended for another two years from July 2020. The Prime Minister announced stimulus packages of 1 lakh 3 thousand crore taka to deal with the adverse economic effect of Covid 19. Bangladesh Bank was given the duty to implement the stimulus packages.
Bangladesh Bank has been able to keep the country's economy on the right track despite loan rackets and financial anomalies one after another. The government placed the whole country under lockdown as coronavirus situation worsened during 2020. Another lockdown has been going on since 5 April 2021. A lot of companies faced monetary losses. Many private organizations retrenched a portion of their employees to cut down on expenditures.
Some Indian financial experts also highly lauded Bangladesh's performance on the economic turf though coronavirus is going on. World Economic Outlook has predicted that gross domestic product (GDP) of 22 countries out of 195 countries will rise in 2021. Bangladesh is one of these 22 countries.
It may be added that the country's banking and financial sectors suffered immense irregularities, loan scams and banking turmoil during last four years. The sum of defaulted loans reached nearly 2 trillion taka including written off debts according to financial sources.
Eminent economists profusely condemned the inactivity of Bangladesh Bank (BB) over last several years for its alleged failure to stop the rise of defaulted loans and inability to halt loan frauds. Stock markets have been going through a highly depressive patch too.
International Monetary Fund (IMF) also expressed worries about Bangladesh's banking sector with reference to defaulted loans and lack of good governance.
Money laundering from Bangladesh also increased by leaps and bounds. Swiss banks, US-based Global Financial Integrity (GFI) and United Nations Conference on Trade and Development (UNCTAD) referred to huge amounts of money which were laundered from Bangladesh to foreign countries during last few years. UNCTAD informed that most of the money laundering happens through false export and import documents and through banking channels.
GFI informed that 5270 crore dollars were laundered from Bangladesh during last seven years. On an average each year 64 thousand crore taka was illegally transferred from the country to overseas destinations in light of the figures presented by GFI. Bangladesh is one of the top 30 countries wherefrom most of the money laundering takes place.
Financial experts have said that the country's economy is heading for a highly challenging period because of the damage caused by coronavirus. Analysts have laid emphasis on establishing the productive sectors on firm grounds to sustain the country's economy.Former adviser to caretaker government Dr. Wahid Uddin Mahmud said to The Asian Age, "Tough initiatives need to be taken by regulatory authorities including Bangladesh Bank without delay to free banking and financial sectors from corruption and irregularities."
Former World Bank Lead Economist, Dhaka office Dr. Zahid Hussain told The Asian Age, "Bangladesh's economy is passing a very critical time due to coronavirus. Implementing the stimulus packages precisely is one of the most vital jobs at this moment. Bangladesh Bank should work with uncompromising firmness."
Professor Anu Muhammad, Jahangirnagar University, said to The Asian Age, "No special favours should be given to loan scammers and financial fraudsters. Stern actions should be executed to stop loan rackets and money laundering. Bangladesh Bank has a big role to play in this regard."