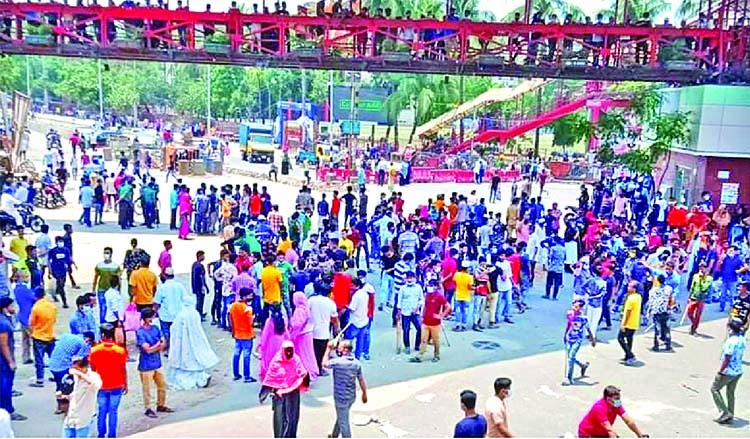 Workers of different garment factories blockade road at Mirpur-10 in the capital on Saturday demanding their arrears, resumption of long- distance buses and extension of holidays. Photo: Mostafizur Rahman/AA
Garment workers blockaded road on Saturday in the capital's Mirpur area demanding their arrears and resumption of long-haul bus service. They also demanded the authorities extend their Eid holiday from three to at least seven days as they want to go to their village homes to celebrate Eid with their near and dear ones.
The workers started the demonstration at different points from Minpur-10 to Mirpur-14, causing traffic congestion on the roads.Some of them also pelted brick chips and broke windows of a number of  vehicles, said Selimuzzaman, officer-in-charge (OC) of Kafrul Police Station.