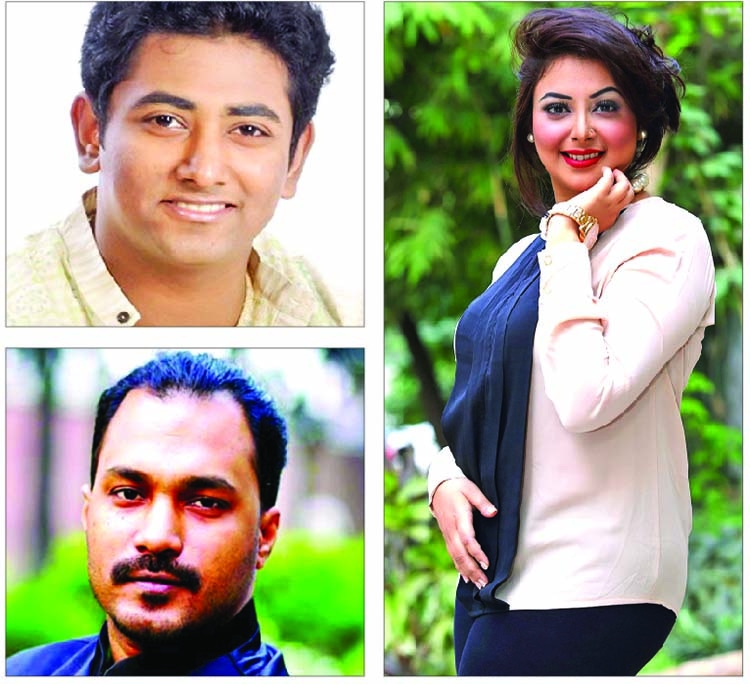 Subir uncle was my guardian
Yusuf Ahmed Khan
Subir uncle (Subir Nandi) was my guardian. He was our groomer in the 2006 reality show. He especially guided me, loved me like a child. He always told me to continue the song regularly. He actually thought about young people. He used to say that in reality shows, we should sing the songs of the country's artists, we should sing basic songs. Following his instructions, I have sung songs of the country's artists, practicing basic songs. I was lucky to be able to do the song "A Kon Fagun" composed by him. He composed this song for Shakila aunt (Shakila Sharma).
I place Subir sir after my father
Apu Aman
Subir Nandi is one of the artists who have influenced my music career. He has somehow shaped my musical life. He himself taught me the song "Chaade kolongko ache jemon". That's what I sang on the reality show. This is the first happy memory of my life with him. My sad memories with Subir Sir are that the day his body arrived in the country from Singapore, we took him from the airport to the crematorium.

The only way to honor him is to purify yourself
Konal
In 2009, I became the winner of "Sera Kantha Season Two". Subir da was not only a judge, he was also our groomer. He was one of our guardians, like my father. He is an inspiration to the younger generation of artists. The way he has adopted a new generation of artists, no one else has been able to do it like him. In 2016, he was in Kolkata, India for dialysis. At that time I also went to Calcutta. When he went to see him at his house, he spoke very sincerely. How many said that! He gave me courage and encouragement.
As an artist I don't go to work at all. I donot sing all the songs. I want to express myself elegantly. So I work selectively. This is the choice of good work, the matter is learned from Subir da. The only way to honor him is to purify yourself. Constantly taking one's own music towards more purity. He used to do that all the time. I am trying that too.