At least 15 dead after Guinean gold mine landslide 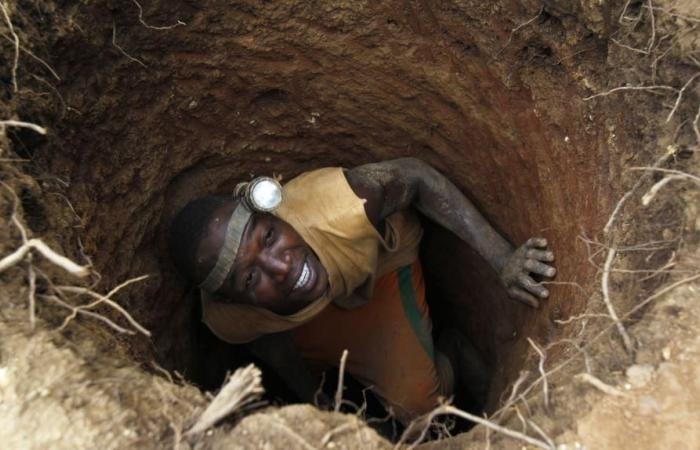 At least 15 people died Saturday after a landslide at a clandestine artisanal gold mine in Guinea’s northeast Siguiri region, rescuers and witnesses said.
A rock overhang collapsed near the village of Tatakourou according to first telephoned reports from the area which did not clearly establish whether the victims had been crushed by falling rock above the mine or buried inside the facility.
A Red Cross official on site said on condition of anonymity at least 15 people had been killed but did not rule out that others had been buried at the mine entrance.
Sinaman Traore, a gold panner at the mine, said he had seen volunteers rescue two colleagues.
“This situation in the Siguiri mines concerns all of us — at the end of the day these landslides are more deadly than the Covid-19 pandemic,” said police capitain Mamadou Niare after arriving at the scene.
The country’s Covid-19 death toll to Saturday stood at 149 but recent years have seen a spate of accidents at artisanal mines, particularly around Siguiri near the border with Mali, a region where more than 20,000 panners are officially active.
At least 17 clandestine miners were killed in a landslide in February 2019 and another dozen nine months later.
Despite the country boasting rich deposits of minerals such as bauxite, diamonds and gold the bulk of the population faces a daily struggle to survive with the UN estimating around one two live below the poverty line.
The search for gold riches attracts clandestine miners from Mali, Senegal and several other West African neighbours.