vivo, a multinational smartphone manufacturer, focuses on the use of the camera which has added a pop-up camera, in-display fingerprint, gimbal stabilization, and other different new invented camera technology in its phones, said a press release.  "The youths prefer to use smartphone more. And the youths in Bangladesh aim to have a vivo V series as they love to play games, capture images and even enjoying movies on the mobile phone screen. So, the smartphone needs to be able to bear all the pressures alongside an impressive battery performance. The phone is the combination of all these exciting features that the youths need", informed Tanzib Ahamed, Deputy Brand Manager of vivo in Bangladesh. Moreover, it has added a super night selfie feature, dual camera technology in the phone cameras externally. Not only the camera, but vivo has also underscored the use of a strong processor, expanded storage and a sustainable battery.  So far vivo launched several V series smartphone including vivo V20SE, V20, V19, V17 pro, V15 pro, V15, V11 pro, V11pro, V9 Youth, V9, V7+, V7 are the significant ones of V series.

vivo V15 and V15pro were equipped with pop-up and dual pop-up selfie cameras. Pop-up camera is the creation of vivo. Besides, vivo added 6 cameras with dual pop-up selfie camera in their V17pro, and also was equipped with Pose Master and AI makeup. Besides, V19 model was armed with a Dual Eye View camera.
Last year, vivo launched V20 which was designed with the largest 44MP eye auto focus selfie camera and dual video camera technology. The phone created hype among the youths. Later, V20SE was launched. The main attraction of the smartphone was its expansion of 01 TB ROM and 33W flash charger. The phone was perfect to play unlimited games and enjoying movies for a long time.
In a word, vivo V series is the combination of the latest technology and demands beside time.  When asked about the matter, David Lee, Product Director of vivo Bangladesh, said, "It is true that vivo emphasizes its V series in Bangladesh as a huge number of youths are available in the country. Most of them prefer to have a smartphone for the special camera, watching movies and playing games."
And the combination of camera, battery and flash charger will meet the needs of the youths. The customers of vivo V series were the youths so far, he added.  "The youths will also show a positive reaction in the future as well," he expected. 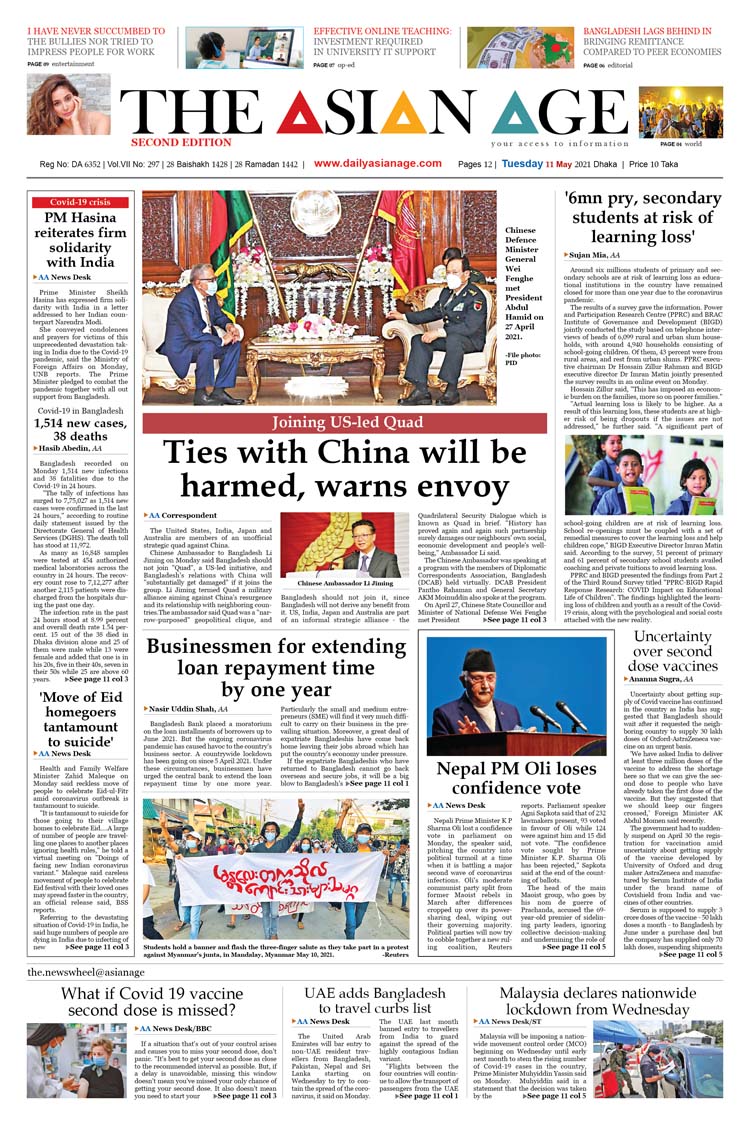