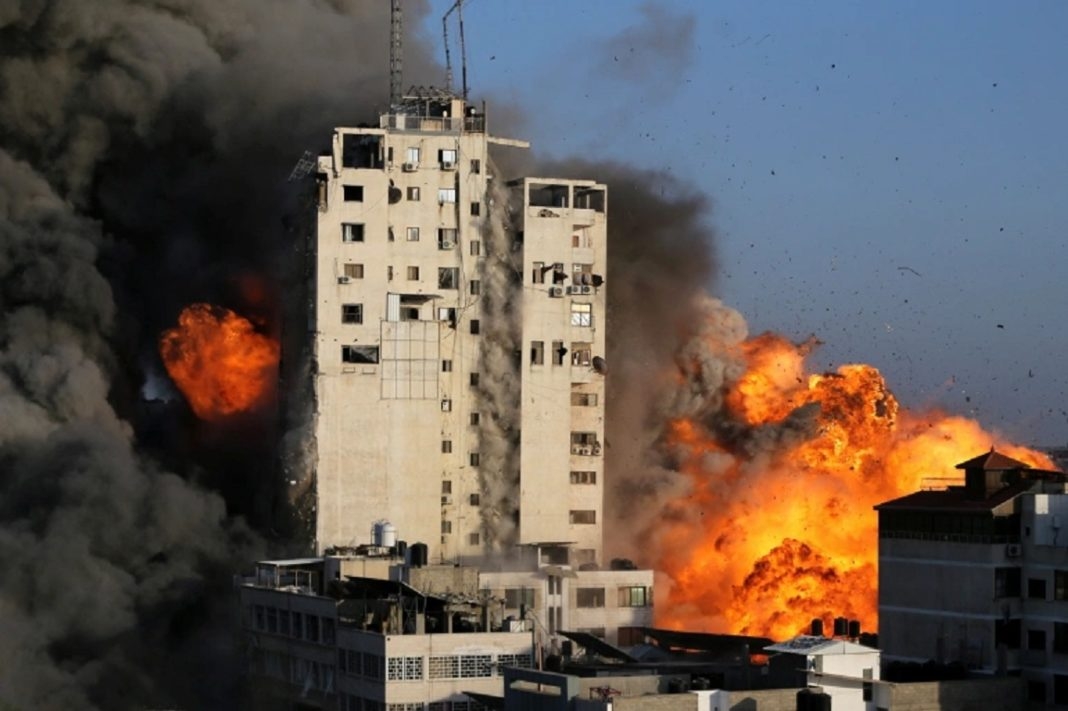 The UN Security Council was due to meet Sunday after Israeli air strikes on the Gaza Strip killed eight children and demolished a building housing media offices, sparking international outcry.
Israeli forces pummeled the densely populated Gaza Strip on Saturday, the sixth day of bombardments on the Palestinian enclave controlled by Islamist group Hamas, which fired back rocket barrages.
One strike on Gaza killed 10 members of an extended family.
The children “didn’t carry weapons, they didn’t fire rockets”, said Mohammad al-Hadidi, one of the grieving fathers.
At least 159 people, mostly Palestinians, have been killed since the cross-border fire began last week.
The UN Security Council was due to meet Sunday to discuss the bloodiest conflict between the Jewish state and Palestinian militants since 2014.
UN Secretary-General Antonio Guterres was “dismayed” by civilian casualties in Gaza and “deeply disturbed” by Israel’s strike on the tower housing news bureaus, a spokesperson said Saturday.
Guterres “reminds all sides that any indiscriminate targeting of civilian and media structures violates international law and must be avoided at all costs”, he said.
Israel ally Washington, which blocked a UNSC meeting scheduled for Friday, has been criticised for not doing enough to stem the bloodshed.
US Secretary for Israel-Palestinian Affairs Hady Amr was to hold talks Sunday with Israeli leaders before meeting Palestinian officials to seek a “sustainable calm”, the State Department said.
US President Joe Biden again underscored Israel’s right to defend itself in a phone call with Israeli Prime Minister Benjamin Netanyahu.
Biden also expressed his “grave concern” over the violence as well as for the safety of journalists.
In a televised statement late Saturday, Netanyahu thanked Biden for “unequivocal support”.
Netanyahu told the US that Israel did its utmost to safeguard civilians in its Gaza bombing campaign.
“The proof is that towers containing terror sites are cleared of uninvolved people prior to being attacked,” he said.