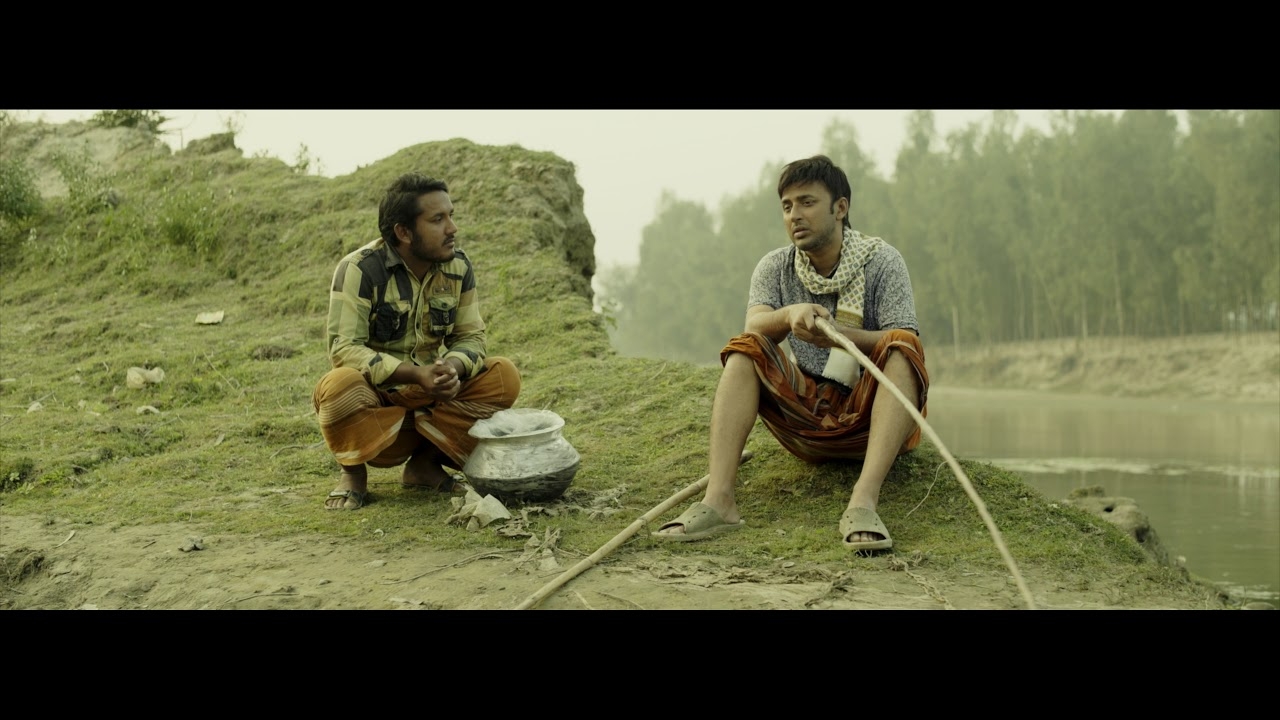 -Faridul Ahasan Shourav
The first Bengali anthology film was introduced by director Srijit Mukherjee. "Chotushkone" and "Nirbaak" are two successful anthology films by the director. In Bangladesh, however, an attempt was made to create an anthology called "Sincerely Yours, Dhaka". But it seems to me that the first successful anthology film in Bangladesh is "Halt" directed by independent filmmaker Gaushey Alexander. The film is made up of three different stories. The main theme of those stories is the same. And that is "fraud" and "corruption". The simplicity of the village people is reflected in the three stories created in the context of rural life. Although it seems to be a different story, the movie as a whole is tied together! The motto of all the stories has gone to the same place. And that is an accurate observation.
Financed in the west and shot on location in North Bengal, Halt is a profound story that transcends time and border and penetrates into the realm of the inner cravings of the human soul. In the first story, "The Frog in the Urn", there is always an object called faith behind the argument. DOP of the portion is done by Sumon Sharker. Pitcher's frog is a living animal at all? Or the deception of an inanimate object? Does faith really match everything? Or do you have to combine everything just because you have faith in it? The first part ends with a question about everything.
In the second story, "Tale of tattered shoes", village people want to believe the sweet words of the merchant. It is an extreme mistake to make false assurances. The merchant embezzles lakhs of money by selling old shoes. Kashef Shahbazi was the DOP of the part.
And the film is named after the third story. The name of the story is "Halt". Whose cinematographer is Rajin Monir. A dark world like smuggling finds a place under the light of the lamp. Gives dust in front of the eyes very subtly. But even after many warnings, nothing can be felt. The third story is a little different from the first two. An overly mysterious. Whose entanglement comes at the very end. The extraordinary story, the elements of creating a rural atmosphere, especially the regional music and natural acting skills have taken the film to another height.
The most interesting aspect of this film is its cinematography. There are great compositions all over the film. A lot of dramatic experimentation. The beauty of Dinajpur captured on drone camera is also dazzling. The film's art director is Samurai Maruf. He also introduced the aesthetics of his work. But I was fascinated by the content of Gaushey Alexander's story. And to establish an interconnection among the stories. Such a brilliant execution!
But a lack of acting skills has also been noticed in a few side characters. Especially in the first story. The use of animation has added a different dimension to the story. All in all a nice movie watching experience. In the end, I want to congratulate the director on this fantastic film. I am eagerly waiting for his new movie!
Halt link: https://youtu.be/L-9fuZaQ0eE
The writer is an independent filmmaker and film critic