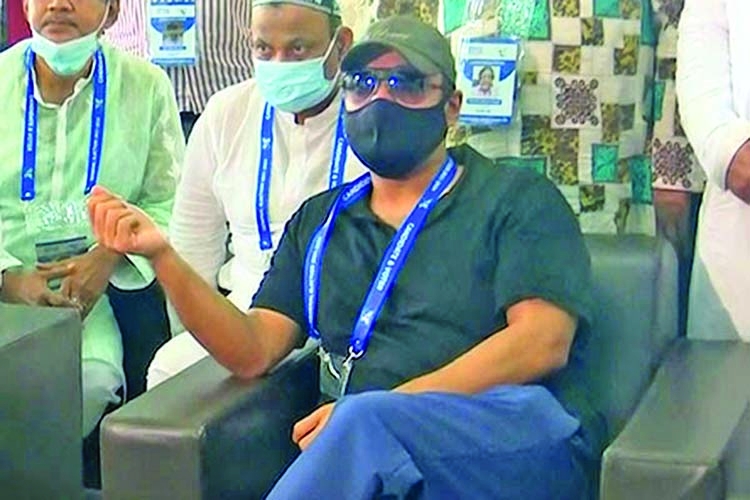 Bashundhara Group MD Sayem Sobhan Anvir
Chairman of Sheikh Russel Krira Chakra Limited and also Managing Director of Bashundhara Group Sayem Sobhan Anvir has expressed his hope that football of Bangladesh will also get the popularity like cricket.
He made this remark while exchanging views with journalists after the election (2021-24) of the board of directors of Sheikh Russel Krira Chakra Limited on Saturday. He said, "Football is the most popular sport in the globe. But Bangladesh is lagging behind in football. However, we are moving forward slowly."
The election was held in a festive atmosphere yesterday. A total of 60 candidates contested for 30 director posts.
And the number of voter was 98. The voting began at 9:30am at the International Convention City Bashudhara in Dhaka and ended at 12:30pm. Imrul Hassan was the chief election commissioner. In his remark, he also said, "We don't expect that anyone will raise question regarding this election in future. Transparency and neutrality was maintained in the whole process of this election. And the voting was held in a festive mood."
Talking about the future plan of Sheikh Russel Krira Chakra Limited, the Bashundhara Group MD said, "Board members and board of directors will determine everything in this regard. Election was held today. Then committee will be formed. As per the decision of the committee, we will start workplan anew. The decision will be made after taking everyone's opinion on how to fulfill our dream strategy."