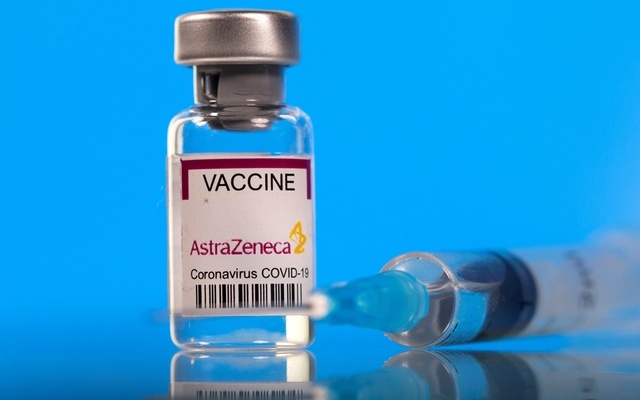 South Korea on Monday reported its first case of rare blood clotting linked to AstraZeneca's coronavirus vaccine.
The patient is a man in his 30s who got the shot on April 27 because of his job at a medical facility, Korea Disease Control and Prevention Agency (KDCA) director Jeong Eun-kyeong told a briefing.
He felt a headache on May 9 and sought medical treatment before being hospitalised on May 12 as it continued and he suffered muscle cramps, Jeong said.
"His condition has improved since then and we understand there is no big problem though he still needs monitoring," she said.
Jeong said the symptoms are curable if detected early and treated properly.
Around 3.27 million people in South Korea have received at least one does of the AstraZeneca vaccine so far.
Reports from around the world have involved extremely rare clotting, mainly a type of blood clot called cerebral venous sinus thrombosis (CVST), seen in combination with low blood platelet levels, called thrombocytopenia.
Medical regulators in the United States and Europe have said there appears to be a link between AstraZeneca's vaccine, as well as one made by Johnson & Johnson, but that the shots are safe and that the benefits outweigh the risks.
AstraZeneca has said it is working to understand individual cases and "possible mechanisms that could explain these extremely rare events", while J&J has said that no clear causal relationship has been established between the vaccine and the clots.
South Korea limited use of the AstraZeneca vaccine to people over 30 years old after the reports of blood clots. The KDCA reported 430 new coronavirus cases as of Sunday, for a total of 140,340 cases with 1,959 deaths.