How is it being run without regulatory framework? 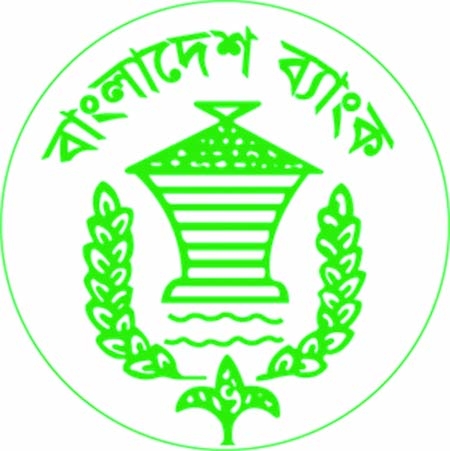 Islamic banking in Bangladesh is taking shape rapidly with partial practice of Shariah amid the absence of a proper regulatory framework, posing threat to religious belief and profit margin of the banks' clients and investors. Islamic banking, an ideological banking and finance system, based on a frame within the Shariah principles, has been initiated aiming to provide economically viable financial intermediation alternatives to conventional banking. The intermediation between the 'haves' and 'have-nots' among customers across all segments is consistent with Shariah intending to eliminate interest by developing a real sector, generating permissible (halal) activities, promoting profit and loss sharing, establishing social equity, upholding values and maintaining purity of contract.
Law Minister Anisul Huq said that Bangladesh Bank is the regulatory authority of Islamic banks. He admitted that there is no vivid law in approval of Islamic banking in Bangladesh. Dr. Fahmida Khatun, Executive Director of Center for Policy Dialogue (CPD) remarked that Bangladesh Bank should formulate lucid and effective regulations to monitor and control the activities of Islamic banks in Bangladesh.
Islamic banking was first introduced in Bangladesh way in 1983 by foreign investors from Saudi Arabia and Kuwait. Currently, eight full-fledged Islamic banks are operating with 1,068 branches in the country, says the latest data of Bangladesh Bank (BB). The banks are Islami Bank Bangladesh Limited (IBBL), Al-Arafah Islami Bank Limited, Social Islami Bank Limited, Export Import Bank of Bangladesh Limited (EXIM Bank), Shahjalal Islami Bank Limited, First Security Islami Bank Limited, ICB Islamic Bank Limited and Union Bank Limited. Moreover, 19 Islamic banking branches of nine commercial banks and 25 Islamic banking windows of eight commercial banks are also providing Islamic financial services. With a workforce of 30336 people, Islamic banking covers 22.72% market share of the country's entire banking sector in terms of deposits and investments. As of June 30, the total number of deposits and investments in Islamic banking was Tk1,99,424.90 crore and Tk1,85,244.93 crore respectively.
The data mentioned above shows the upward trend of growth in Islamic banking. But a question arises whether it is expanding in the Shariah compliant way.
Md Yasin Ali, supernumerary professor of Bangladesh Institute of Bank Management (BIBM) said: "Most of the Islamic Banks in Bangladesh are not Shariah compliant. They cannot maintain Shariah in banking operation like profit sharing, lending and other issues. Shariah-compliant banking covers less than 2% of the Islamic banks' lending portfolio." "In fact, the banks are fooling their clients taking advantage of their religious sentiment. They are actually exploiting the religious belief of the clients, which is not good for Islamic banking," he opined. He also underscored the need of establishing good governance in conventional banking, which in phases would eventually eliminate the other 'bad' practices.
BIBM Associate Professor Md Alamgir, who conducted several studies on Islamic banking in Bangladesh, seconding Yasin's sentiment, said the Islamic banks are operating based on the 'flexible' Shariah instead. Alamgir said:"If a bank strictly follows the Shariah principles, the bank has to provide financial services amid the risk, and its Islamic term is "Mudaraba and Musharaka." The principles mainly deal with equity-based transactions and must be free from Riba (interest)." "During its inception, IBBL followed the Shariah principle, incurring losses. After that, the Islamic banks started their operation by making the Shariah rules flexible. Instead of risk-sharing of the asset, the banks started cost-plus profit lending," he said. In the cost-plus profit lending system, a bank purchases a commodity on behalf of the customer, and then sells it adding profit to the buying price. Under this arrangement, the bank discloses its cost and profit margin to the customer.
"The flexible practice of Shariah is a complete violation of Shariah principles," he observed, saying: "Islamic banking defying Shariah is completely equivalent to deceiving clients and investors of the banks that are banking upon a religious belief of permissible banking." Most banks, the researcher said, are not following the BB guidelines while opening new branches and windows of Islamic banking as they actually run based on the conventional method. He suggested forming an independent and central Shariah supervisory council under the BB for proper audit and monitoring of the Islamic banks' operation in accordance with Shariah principles. He said, "Though the Islamic banks have their own Shariah boards, they lack expertise." A BB official anonymously said banks in the Islamic banking system do not have to fix the interest rate to the clients since they collect deposits in the profit-loss system. Using the method, the banks can easily deceive the deposit holders by showing a thin profit margin, he stated.
--- BBC