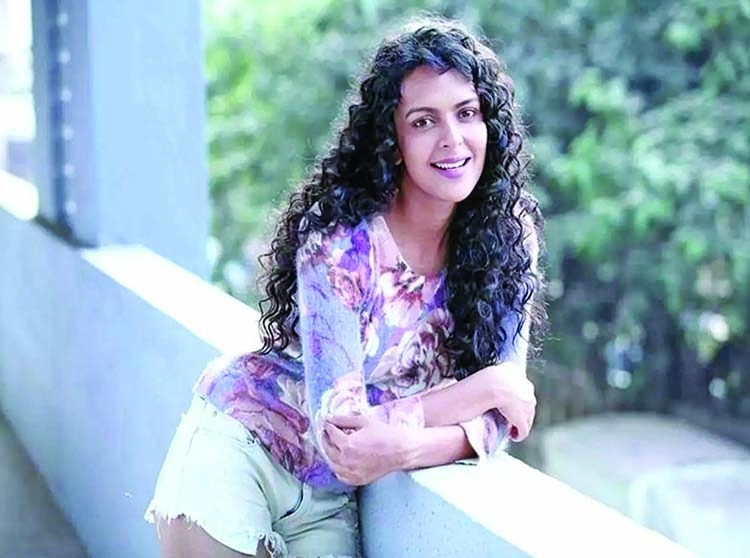 Actress Bidita Bag had started her career with the Bengali film 'Ichhe' in 2011. Then she played some key roles in 'Kagojer Nouka', ' Sangabora' and 'Bouma'. Barring these few films, we haven't seen more of her in Bengali films. Even Bidita is confused whenever one asks her why she can't be seen in Bengali films these days.
"I don't know why I am not getting any Bengali film offers. I used to edit and courier my showreels to every renowned director in Kolkata. They said they will keep me in mind in their next project but that day never came. Honestly speaking, I have not given as much effort to get even Hindi film offers. I am aware of the Bengali film industry. It has grown manifolds and churning out a variety of content. And I would love to act in a Bengali film. However, the Bengali audience will hopefully get to see me soon in Goutam Halder's 'Nirban'. The film's release got pushed back due to the pandemic, but it's been making the rounds of festivals," shares Bidita in an exclusive chat with ETimes.
Bidita also claims that she has been deprived of certain roles that she had auditioned for: "But they were eventually given to a star kid." She further adds, "But it's okay. Only talent survives. Lekin haan, nobody calls up here and tells you why you weren't selected. At least 95 percent of people do not. The five percent who do, simply tell you that you don't fit the character." All said and done, it's not been an easy ride for Bidita in the eight years that she's been around.
Bringing up the topic of gender equality, she adds, "This is something that has been spoken about and I do feel that when we talk about equality women should be given equal opportunities. It is important to support them in every way. We also often see emotions like jealousy creep up between women and prove to be so harmful. They must get rid of this." Giving an example of a flower, she says, "A plant has so many flowers. Does one flower get jealous of another. No, they all thrive together. Women must also support each other; this sisterhood will help women to evolve stronger than before. Yes, we have come a long way, but we still have a long way to go."
Amid the ongoing conversations on OTT platforms turning out to be a threat to the big screen, Bidita feels that cinematic experience is unparalleled. "I don't think OTT can be a threat to cinema halls. You simply can't compare television, mobile screens with theatres. OTT can't compete with the big screen. Right now, due to the pandemic, it's not safe to visit cinema halls. But, after most of us get vaccinated and once the situation gets back to normal, we will return to cinema halls. Every medium of entertainment will survive. OTT is nothing but an addition to existing mediums," shares Bidita who was recently seen in a web series opposite Shreyas Talpade and she says the experience was great.