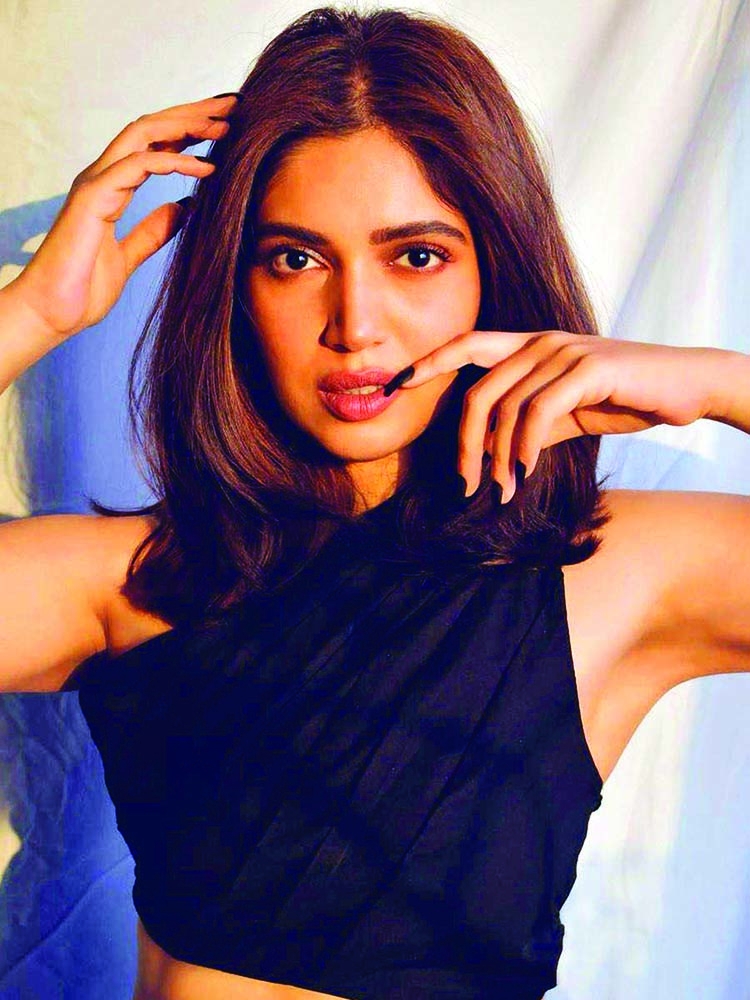 Bollywood actor Bhumi Pednekar, who worked with Akshay Kumar in 'Toilet: Ek Prem Katha', has joined the megastar's upcoming movie 'Raksha Bandhan'.
Akshay took to social media to welcome Bhumi to the film's team. The 'Kesari' actor shared a delightful picture featuring the duo with the director of the movie, Aanand L Rai.
Sharing the happy picture, Akshay wrote, "When you are happy, it shows. And indeed we are...to have @bhumipednekar onboard."
Bhumi also shared the same picture on her Instagram account and called Akshay and Aanand "creative powerhouses".
"A very special film and a very special reunion. Am supremely excited to be collaborating again with two of my favourite creative powerhouses and humans. Am full of gratitude to be a part of this special, heart-touching story of Raksha Bandhan @akshaykumar @aanandlrai," she wrote.
Apart from the 2017 film 'Toilet: Ek Prem Katha', the duo has also worked together on Bhumi's 'Durgamati', on which Akshay served as co-producer.
'Raksha Bandhan' is written by Aanand's longtime collaborator and National Award-winning screenwriter Himanshu Sharma, knownfor movies like 'Zero', 'Raanjhanaa' and the 'Tanu Weds Manu' franchise.
The story of 'Raksha Bandhan', which was announced last year on the festival of the same name, will revolve around the bond between a brother and sister.
'Raksha Bandhan' is presented by Aanand and Akshay's sister, Alka Bhatia. Apart from 'Raksha Bandhan', Akshay and Aanand are also collaborating on 'Atrangi Re', which also stars Dhanush and Sara Ali Khan.
Akshay's upcoming movies include 'Sooryavanshi', 'Atrangi Re', 'Prithviraj', 'Bell Bottom', 'Ram Setu' and 'Bachchan Pandey'. Bhumi's forthcoming films include 'Badhaai Do' and 'Mr Lele'.