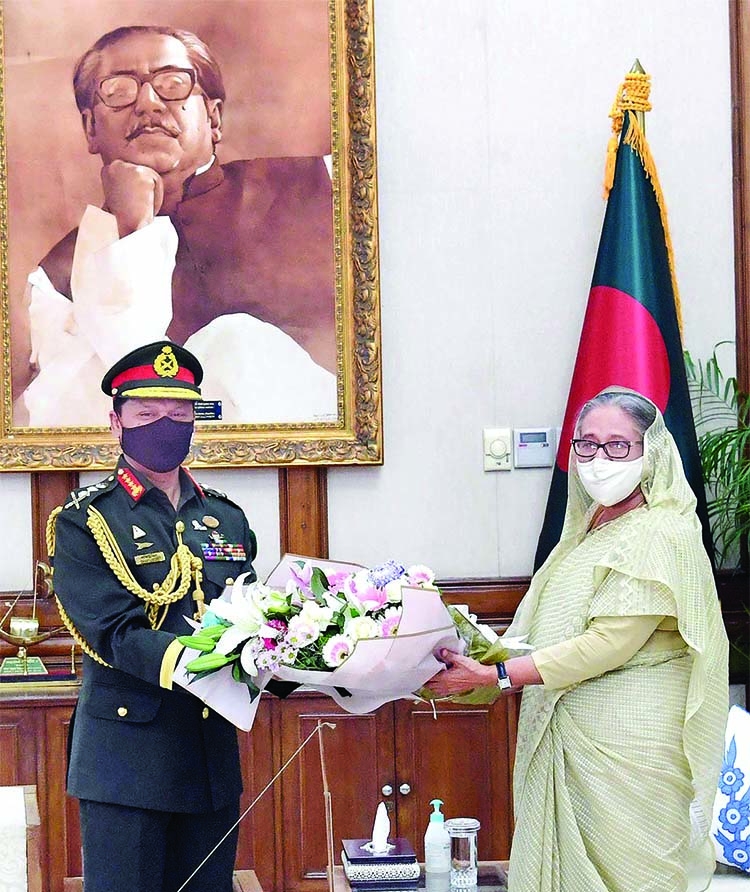 Gen SM Shafiuddin Ahmed took over as the chief of Bangladesh Army on Thursday from his predecessor Gen Aziz Ahmed, said a press release of Inter Services Public Relation (ISPR).
The new Chief of Army Staff laid a wreath Shikha Anirban paying homage to the memory of the members of the Armed Forces who embraced martyrdom during the Liberation War of 1971. Gen Shafiuddin was then given a "Guard of Honor" by a smart contingent of the Army at Senakunj. He planted a tree sapling there.
Earlier in the morning, Chief of Naval Staff Admiral M Shaheen Iqbal and Chief of Air Staff Air Marshal Sheikh Abdul Hannan adorned the new Army chief with "General" rank badge at Ganabhabann in presence of Prime Minister Sheikh Hasina . Gen Shafiuddin was serving as Quartermaster General of the Bangladesh Army, when he was named as the new Army chief on June 10 this year for next three years effective from this June 24.
Shafiuddin was commissioned into the army in the 9th Bangladesh Military Academy Long Course on December 23, 1983 in the infantry corps.
He was born on 1 December 1963 in an aristocratic Muslim family in Khulna district. His father, a heroic freedom fighter Professor Sheikh Mohammad Rokon Uddin Ahmed, served as the people's representative for two decades in the pre-independence period.