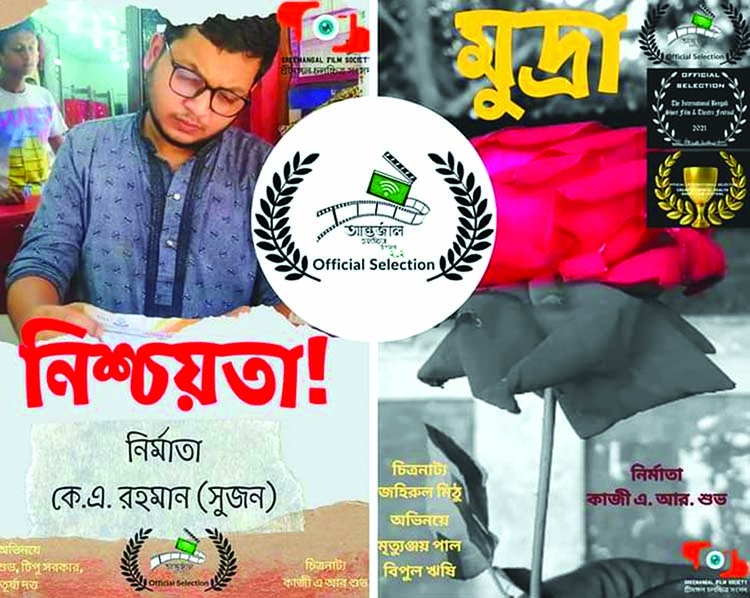 Two films by two producers of the Sreemangal Cholocchitro Sangsad in the tea capital are to be screened at the Antarjal Film Festival organized by Sylhet Agricultural University (SAU). SAU's Film Sangsad organizes "Antarjal Film Festival 2.2" which is due to start on July 1.Officially 13 films were selected for the festival. Among them, two films of Sreemangal Cholocchitro Sangsad were officially selected. SFS Founder K. A. Rahman Sujan's 'Nishchayata'  and SFS Co-founder Kazi A. R. Shuvo's 'Mudra' will be on exhibition at the festival.
'Nishchayata' is scripted by Shuvo and starring Faisal Shuvo, Tipu Sarkar and Kunal Dutt.'Mudra' is scripted by poet and teacher Zahirul Mithu and starring Mrityunjay Pal and Bipul Rishi. Although this is the first time that Nishchita has been selected for a film festival, this is the second selection for Mudra.