'Russia agrees to co-produce its vaccine in BD' 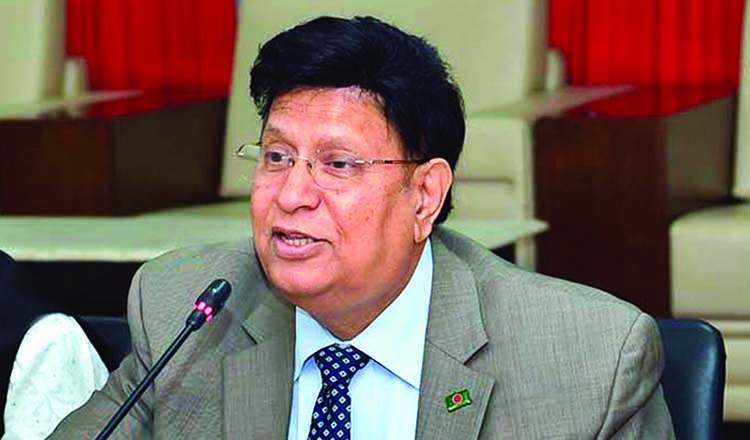 Foreign Minister Dr AK Abdul Momen on Monday said that Russia agreed to go into co-production of its Sputnik V Covid vaccine in Bangladesh apart from exporting the jabs."Things are at final stage," Dr Momen told reporters at his residence, adding that Russia agreed on co-production in bottling and finishing of the vaccine.
He, however, said Moscow will not share the vaccine-making technology until other countries do it. The foreign minister discussed the vaccine issue with his Russian counterpart Sergey Lavrov on Friday. The meeting took place on the sidelines of the international conference on "Central & South Asia: regional connectivity, challenges and opportunity" held in Tashkent. Dr Momen said the scope of negotiation with Russia is limited _"Either you take it or don't take it."
He said no private agency has been appointed in Bangladesh regarding Russia's Sputnik V Covid-19 vaccine but mentioned that Gonoshasthaya Kendra (GSK) founder and trustee Zafrullah Chowdhury has met him recently."Listen, Mr Zafrullah met with me. After the meeting, we're very excited. He was saying he will give vaccine doses from Russia within seven days. And the price will be half of what we pay to purchase. So, naturally we're very happy," he said.
However, the foreign minister said the Bangladesh Ambassador in Moscow informed them that no private agent was appointed.  "Later, we heard that the person who got the agency is an American. He'll (Zafrullah) bring (vaccines) from him. I don't know. Later, the health ministry didn't work on it," said Dr Momen.
He said they see a lot of such proposals coming from many persons including journalists, artists, singers and intellectuals."We told you before this. Everyone says that they have vaccines and they can provide. They will bring it to Bangladesh once permission is given. It's a matter to be dealt with by the health ministry. Whatever requests and proposals we receive, we pass it to the health ministry," said Dr Momen.
He also  gave an overview of the corona vaccines and thanked Russian foreign minister for standing beside Bangladesh in all difficult times, especially their direct support in Bangladesh's War of Liberation.The Foreign Minister said he had discussion with Indian External Affairs Minister Dr S Jaishankar on Covid and vaccination situation in both the countries.
"He (Jaishankar) said you'll get the vaccine doses once the situation gets improved in India," said the foreign minister adding that Dr Jaishankar could not give any timeframe about the resumption of vaccine supply.Dr Momen also had discussion with Chinese Foreign Minister Wang Yi on vaccine supply and co-production.He said China has gifted 21 lakh doses of Sinopharm vaccine to Bangladesh.