Prank Culture: Are Our Youths on Track? 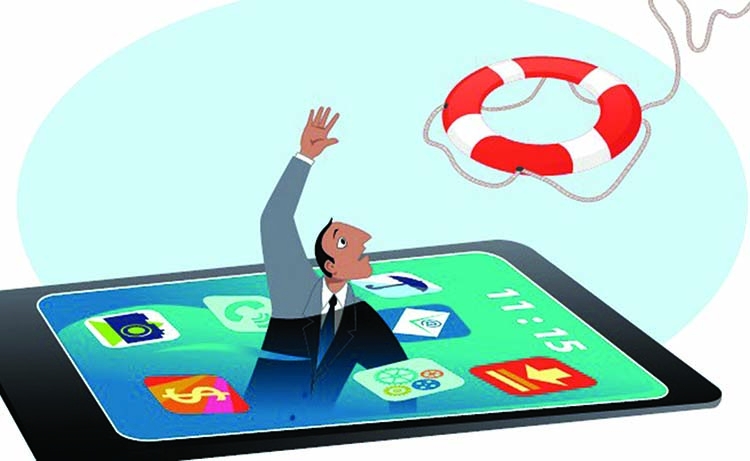 Making prank videos is one of the scariest and popular pastimes that our youths are now involved. Although, it is a means of entertaining others, buy it is now emerging as a phony amusement. All that young people are doing in the name of prank videos to gain cheap popularity on social media is basically harassing pedestrians and commuters.
These practices, which are devoid of morality, indicate moral and psychological degradation. Making prank videos is not a part of our sub-continental culture let alone a Bangladeshi one. Of all the destructive elements of western sky culture that havemingled withour culture, the issue of making prank videos has been the worst practice.
There are other similar elements like TikTok Videos, PubG and Free Fire Games etc. The unbridled practice of these activities is wasting the precious time of our adolescents in one hand, and leading toour moral and emotional degradation on the other. Where they are supposed to engage themselves in studies and other innovative extra-curricular activities, they are wasting their precious time to gain cheap popularity on social media.
What we mean by making prank videos or prank culture is not very old practice. Within a decade, this practice has changed the mindset of the younger generation by storm. The attitude that works in making prank videos is also noticed in the earlier ages. Entertaining people by manipulating some others was, in fact, the main intention of the pranksters.
But, with the advent of time, this has got a new shape with the availability of some social media like YouTube and Facebook. Today the wave of this mal-practice has crossed the Atlantic Ocean, and hit the shore of Indian subcontinent and subsequently taken a terrible form in our country. In the beginning, though it has provided some elements for laughter, it has now become a matter of harassment for the people stalked in the streets or parks.The prime victims of prank culture are mainly the pedestrians.
There are certain guidelines or restrictions for making prank videos that European or American pranksters are required to comply with. The first thing is that the person who is being pranked unknowingly cannot be harassed physically or humiliated mentally. Following this basic rule of western prank videos, the pranksters of this subcontinent are makingthem where they care little about the rules.
In our country, there are no restrictions by the government or concerned authority, and so the use of this malpractice has become a cause of endless nuisance to pedestrians. It is mentionable here that a few years ago, High Court issued a ruling asking why necessary instructions will not be provided to stop the harassment in the name of making YouTube prank videos.
Even though the practice was previously seen here and there around the capital city Dhaka, it has spread to rural areas these days. A group of school-going teenagers, in an attempt to gain a kind of perverted pleasure by physically degrading and mentally harassing ordinary people, are doing these unscrupulously. Although the malpractices pour the bags of amusements with artificial pleasure, a person possessing minimal conscience can perceive how perverted these practices are.
The other victims of prank culture are the pranksters themselves who are applying this practice to ordinary people. This practice is keeping them away from the world of ethics, blunting their conscience and leading them to social degradation.Thepersons belonging to the third category are those who are watching these videos on different social media sitting at homes, and thus they are getting nothing but momentary pleasures and wasting their time also.
Even if we go into the pages of the history of the western world, only very fewelements will be discovered that are in harmony with our native culture. Since the westerns are far ahead of us in terms of science andtechnology, we are to import the very technology from them to cope our country with the advanced world.
But it is natural that if a nation does not have the intellectual maturity to use that technology properly, it may cause terrible misfortune for them. Science has given us so much to take advantage of where the western world is moving at a great pace, using the same technology we are destroying our younger generation. Before importing any technology we need to think about whether we have the moral thoughts and technologicalskills to use that technology.
If we do not have the morale to use technological devices for the betterment of all, the attempt of importing these will go in vain. One of the responsibilities of the government is to continue the trend of socio-cultural development and to protect the emerging generation from cultural assaults. The rate at which undesirable practices from the western countries are entering our country, unless strict restrictions and policies are adopted, will not make us any good in the ways our next generation is heading.
The government should expeditiously formulate policy regarding this so that the upcoming generation can be freed from the clutches of any ill-practice including prank videos. As the government is providing the citizens with technological aids, the citizens should also keep the responsibility on their shoulders to make the best use of it.