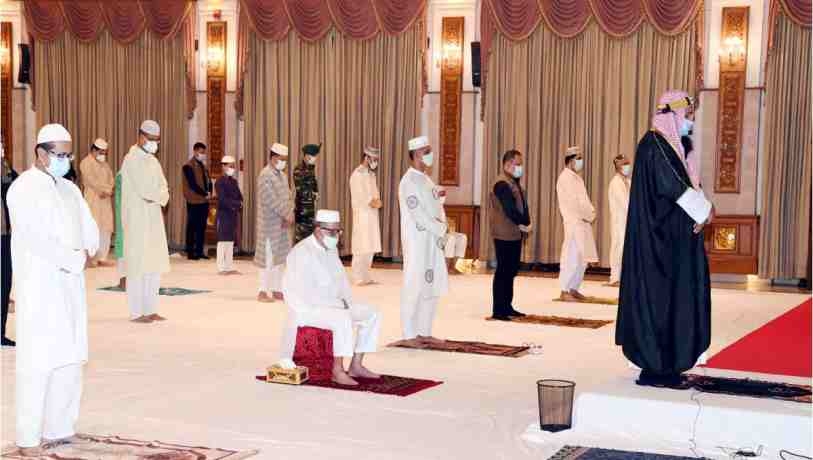 President M Abdul Hamid today offered the prayers of Eid-ul-Azha, one of the greatest religious festivals of the Muslims, along with his family members and some officials at the Hallway of the Bangabhaban here.
The head of the state offered his Eid prayers at the Presidential palace with maintaining health rules, including wearing masks and maintaining social distancing as the traditional Eid prayers in capital's National Eidgah Maidan was scrapped due to the pandemic COVID-19 (Coronavirus) outbreak across Bangladesh like many other world countries.
The country has been facing a serious trouble with severe causalities and infections both urban and rural areas for one-and-a-half years due to outbreak of the lethal virus.
The Eid jamaat (congregation) was held at 8.30am. Pesh Imam of Bangabhaban Jame Mosque Mufti Maulana Saiful Kabir conducted the Eid prayers.
Secretaries concerned to the President Office, only some other key officials and staff attended the Eid prayers.
A special munajat was offered seeking divine blessings for peace and progress of Bangladesh and welfare of the people as well as the Muslim Ummah.
Special doa was also offered seeking eternal peace of the departed souls of those who died of fatal COVID-19 and also wishing for the early recovery of the Corona patients throughout the country as well as across the globe.
Doa was too offered seeking eternal peace of the departed souls of Father of Nation Bangabandhu Sheikh Mujibur Rahman and other members, faced martyrdom on the fateful night of August 15 in 1975, and the martyrs who sacrificed their lives for the sake of the county and its people in different democratic movements, particularly during the Liberation War in 1971.
After the prayers, President Hamid spent his time with his family members at the Presidential palace. But no ceremonial greetings with serving delicious food items, in presence of country's distinguished personalities and foreign diplomats or guests were seen there. 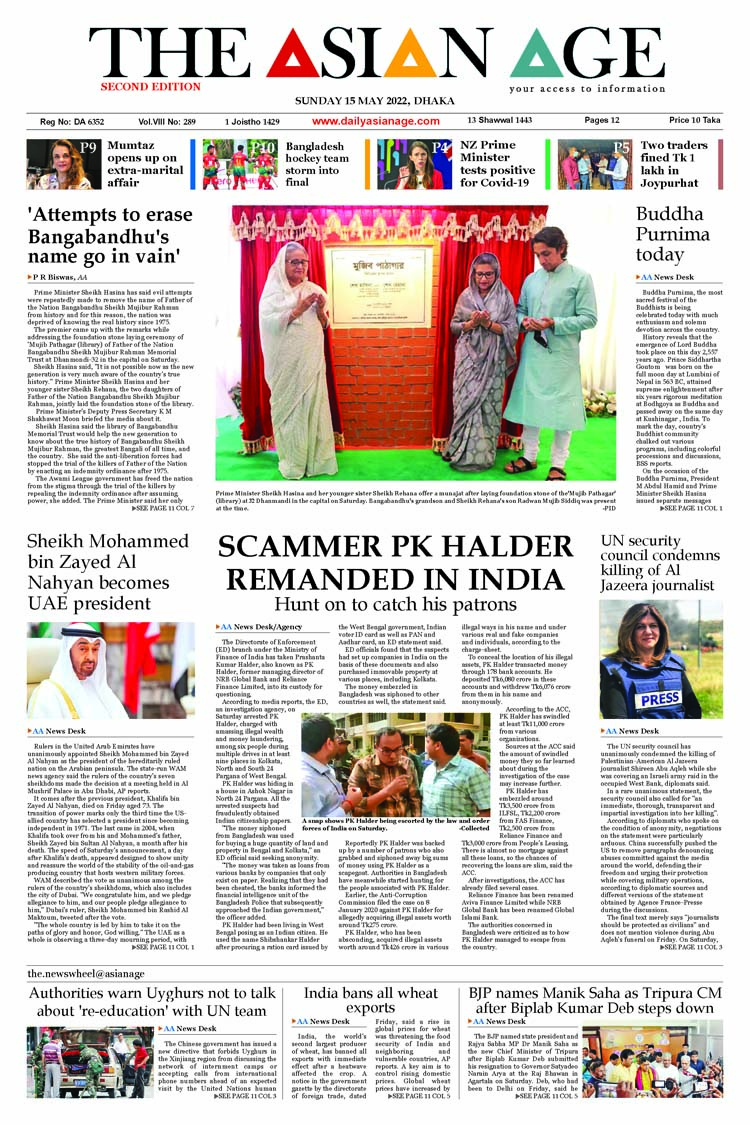