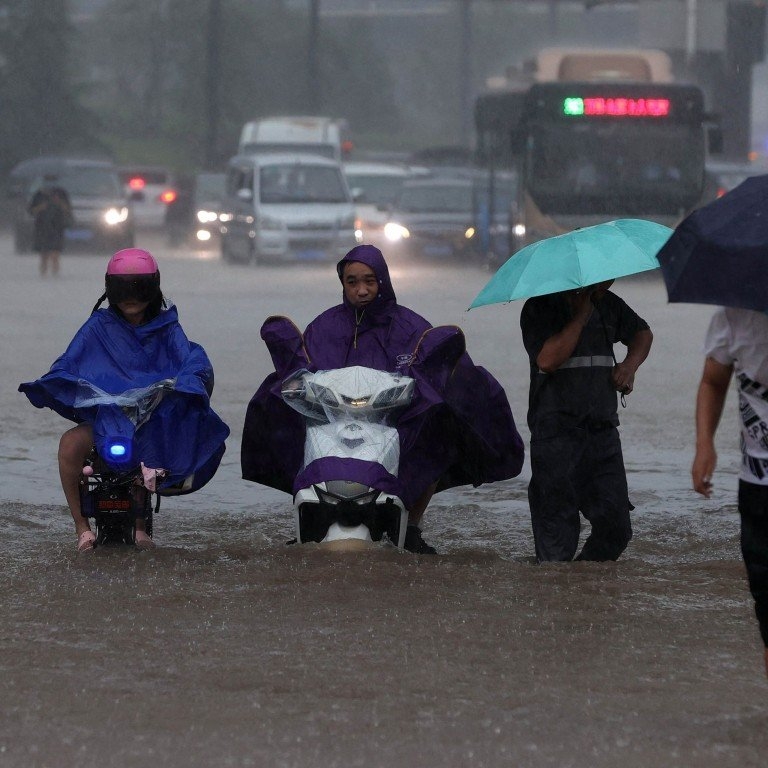 Chinese are using social media to help speed up rescue efforts after deadly floods engulfed Henan province.
At least 25 people have died in the province after Zhengzhou city saw a year's worth of rainfall in three days.
From sharing public health information to contacts for support, China's Weibo platform became an online space connecting people seeking help with rescue teams.
Encouraging hashtags such as "Henan, stay strong!" also quickly went viral.
As people shared tales of horror and pleaded for help online, thousands of social media users responded by redirecting their Weibo posts to emergency rescue teams so that they knew where to go.
For instance, as news emerged that various trains were being stranded after rail lines got submerged, people put together lists of each train number and the resources its passengers needed.
Some put together text-only versions of critical contact lists, after discovering that people in some areas could not download images because heavy rains had affected internet speeds.
Netizens also helped to organize streams of information so that it was up-to-date and clear.
According to local media reports, residents living near the Tielu Railway Station also delivered food and bottled water to passengers stuck in a train after the hashtag "K226 call for emergency rescue" was viewed more than 800 million times.
While some focused on giving emergency rescue advice, others shared information on mental health support and personal hygiene tips.
A hashtag related to menstruation amid the floods had more than 200 million views, as doctors and social workers reminded women to change their sanitary pads frequently to avoid the risk of infection. Others posted addresses to locations where women could collect free sanitary products.