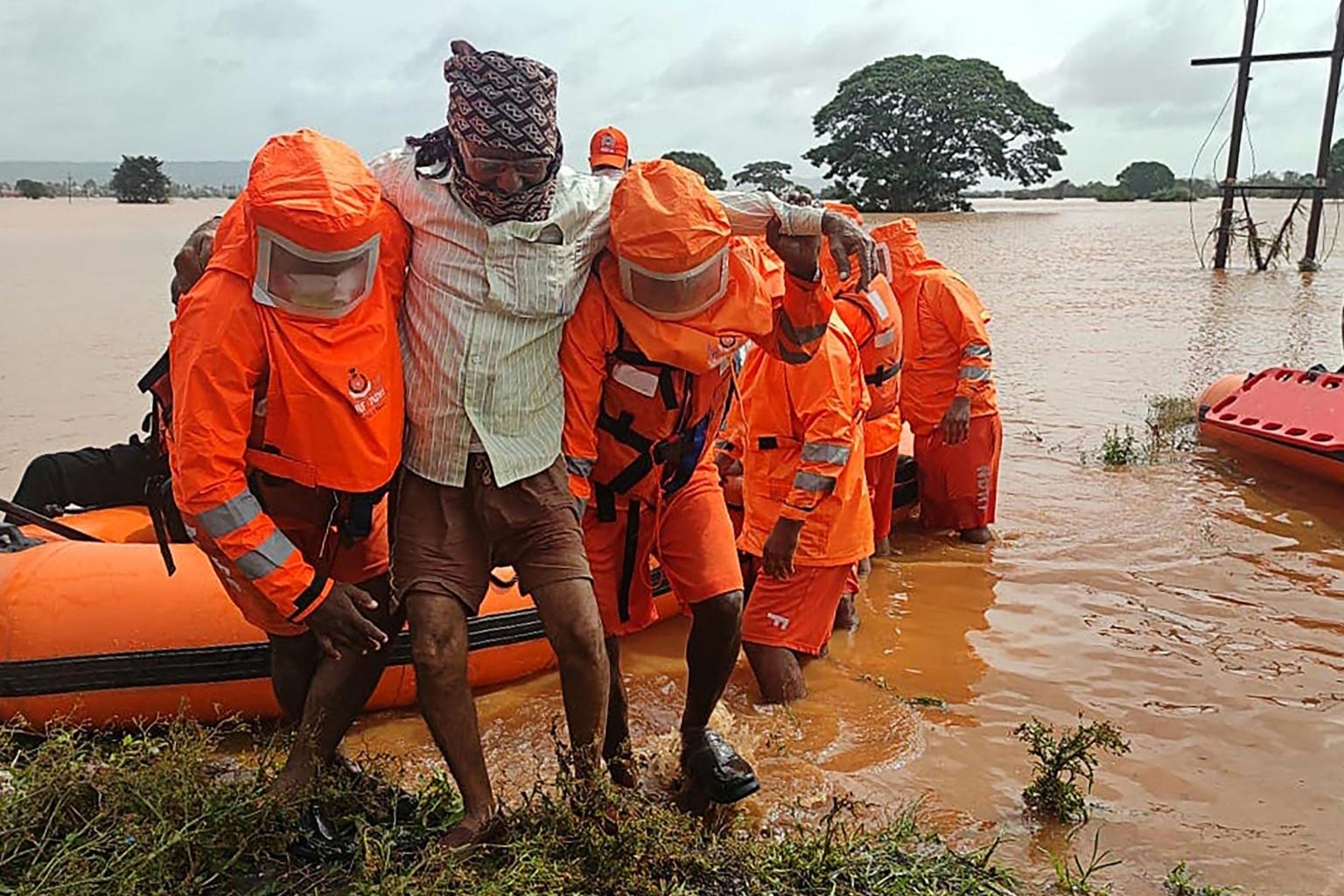 Rescuers waded through waist-deep mud in western India Monday to reach injured residents and start a massive clean-up after heavy monsoon rains triggered landslides and floods that killed 159 people.
India's western coast was hit by severe rainstorms over several days, with a quarter of a million people evacuated from their homes in three states and power cut across vast areas.
Experts say climate change is increasing the frequency and intensity of the annual deluge -- which is critical to replenishing rivers and groundwater but also causes widespread death and destruction.
"The focus has now shifted to evacuating the injured and restoring electricity as water levels recede," a National Disaster Relief Force
spokesperson told AFP.
"The rainfall has stopped in most places and water levels have receded. We are helping with clean-up, relief and restoration."
In the worst-hit state Maharashtra, where the toll rose to 149 on Sunday, officials said search operations were halted in the hillside village of
Taliye, southeast of Mumbai.
Some 53 bodies have been recovered in the village so far, with 17 people still missing, after a large landslide washed away people and homes on Thursday.
In the neighbouring district of Satara, 29 people were killed in multiple landslides.
And in Chiplun, 24 hours of uninterrupted rain caused water levels to rise by nearly 20 feet (six metres) on Thursday.
Maharashtra Chief Minister Uddhav Thackeray on Sunday described what happened in that district as "unimaginable".
"The water level reached the ceiling of my shop, there was so much water inside," a shopkeeper there told Indian news broadcaster NDTV.
"We've seen floods before in 1965 and 2005, but this was worse than before," another resident added.
Neighbouring state Goa's Chief Minister Pramod Sawant said the floods were the worst since 1982.
Further south in Karnataka state, nine people died in flooding and four others were missing, officials said.
Authorities were trying to restore power supply to the affected districts.