Aabesh sheds light on the dark side of relationship 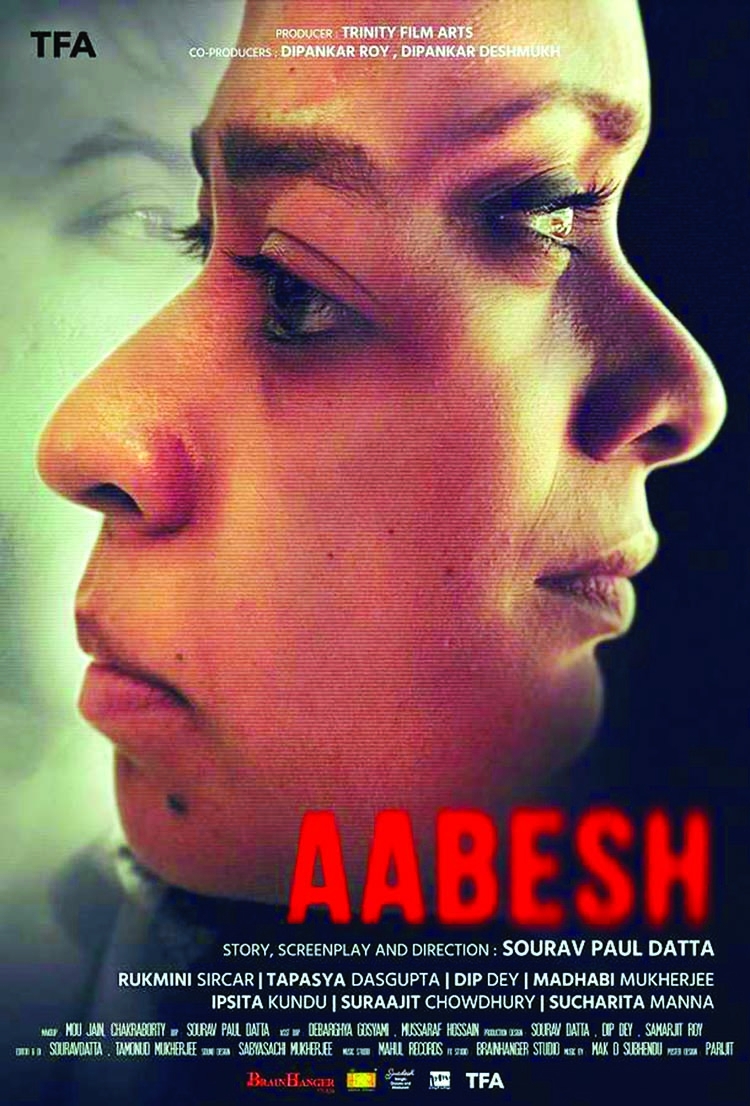 People get involved in countless relationships throughout their lives - with family members, friends, coworkers, and neighbors. We have the deepest connections with the people we love - these relationships help make us who we are. They contribute to our sense of identity and have the power to transform us, for good or bad.
Because of this, the death of a loved one can create numerous psychological issues, including PTSD, particularly if the loss is tragic and unexpected. Sourav Paul Datta's next directorial addresses these grave concerns we go through after losing someone close.Titled ' Aabesh', it stars Rukmini Sircar, Tapasya Dasgupta, Dip Dey, Suraajit Chowdhury, Ipsita Kundu, Sucharita Manna and veteran actor Madhabi Mukherjee in pivotal roles.
The plot revolves around Bidisha who quits her job and comes to Kolkata to settle down with her boyfriend Samir. Drowning in debt, for a number of reasons, Samir can't take it anymore and commits suicide. Bidisha witnesses his death and goes into a shock and further down the depths of post-traumatic stress disorder. She starts hallucinating and also sees Samir in her hallucinations.
However, Nila comes to her rescue as she coaxes Bidisha to see a therapist. She starts seeing a therapist, takes medication too! However, Bidisha finds it difficult to reconcile with the losses in her life. Will Bidisha be able to recover? Will Bidisha be able to a fate similar to that of Samir? That's what forms the crux of the film.Sourav who has been greatly influenced by the works of noted filmmaker Buddhadeb Dasgupta has previously directed critically acclaimed short films like 85, Rupkothar Kahini - The Grandfather Paradox, and The Fourth Dimension.