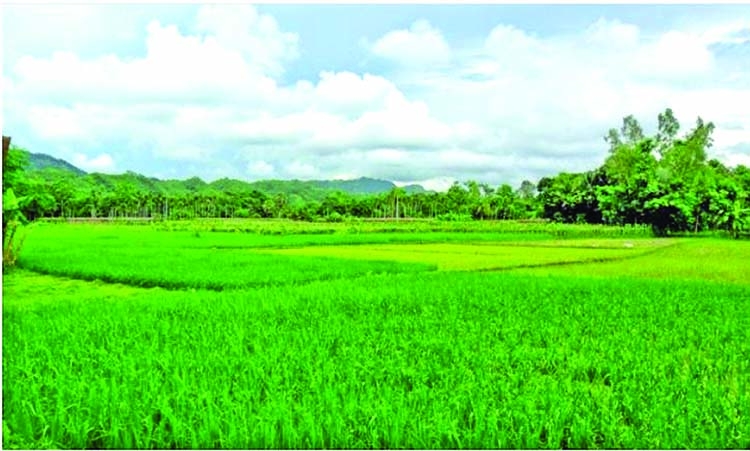 HatuBhanga waterfall is nearby the beautiful Horinmara Kundo waterfall. It is just a five to ten minutes of slow walking from there. Local says, these waterfall surroundings are too slippery, that's why it is called Hatu Bhanga Water fall. It has a noticeable height, but the waterfall only gets full of water during the rain. We have headed for another waterfall nearby after enjoying the beautiful waterfall Hatu Bhanga water fall.
It was just a five to ten minutes of slow walking from there. And it was through the shallow water once again. I don't know why this waterfall is known as HatuBhanga Waterfall. Is it because of too much slippery?
It was during the rainy season and still it was having a very less amount of water. It has a noticeable height, but the water amount was really poor. I thought I could have another shower from the waterfall, but I was really disappointed. I think the waterfall only gets water during the rain.
How to go
This is a very easy trail and requires around 30 minutes of trekking. First of all you have to come at the ChhotoKomoldoho Bazar of Mirsarai. If you are coming from Dhaka (to Chittagong), then you can ask your bus driver to drop you near the ChhotoKomoldoho Bazar.
From there you can take a CNG driven vehicle to drop you near the bottom of the hill. After that you have to start walking through the hilly trail. It's a very easy trail and will require maximum 30 minutes to reach there. From there it's around 5-10 minutes of walking distance.

Travel tips
There is no arrangement for food & accommodation in Hatu Bhanga water fall. You have to carry drinking water and food on your own.

Sleeping down from the tour of the walls can be dangerous.
Can take some extra cloth.