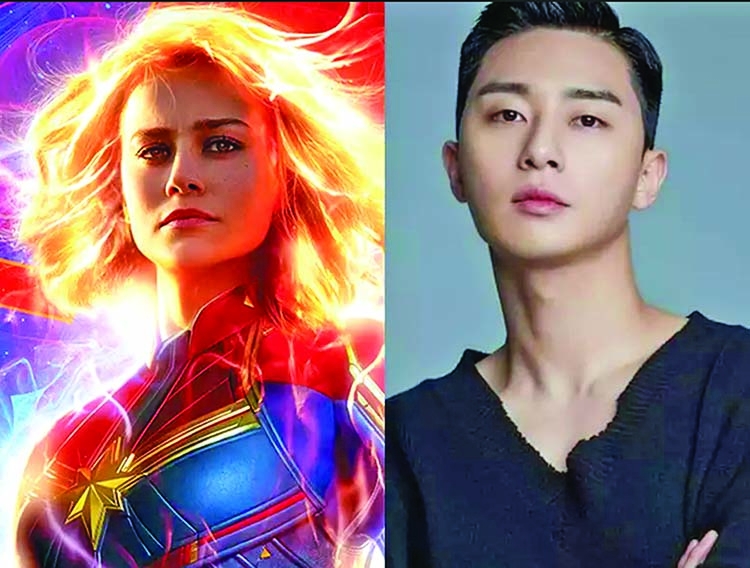 It seems like it is time for South Korean star Park Seo Joon to get into superhero mode as reports state he has officially joined the cast of Marvel's upcoming film 'The Marvels'.Months after reports first stated that the actor is being considered for his first Marvel movie, an IMDB update has seemingly confirmed his role in the highly anticipated film.Park Seo Joon's name was listed on the film's official page alongside Brie Larson, Zawe Ashton, Teyonah Parris, and Iman Vellani. With this, he is now the third Korean actor to join the Marvel Cinematic Universe.
While Brie will play Captain Marvel, Iman will star as Ms Marvel and Zawe as the main villain, Park Seo Joon's role is still a mystery. However, according to fan theories and several media reports, speculations are rife that the star may join the ranks of heroes and play Amadeus Cho a.k.a Brawn. Buzz is that he could also bring a version of Marvel Boy to life on the big screen with this upcoming film.Captain Marvel' was the MCU's first female superhero film that made a splash at the box office with a collection estimated at USD 1.13 billion.
There is a lot riding on 'The Marvels' in the MCU as it is not only the follow-up to 'Captain Marvel' that was a box office smash hit, but it also sets the ball rolling for new characters who will take the Marvel franchise forward. Seo-Joon's role in this film is said to be "huge" for the South Korean star as it marks his big debut into American mainstream cinema.'Captain Marvel 2: The Marvels' is slated to premiere on November 11, 2022.