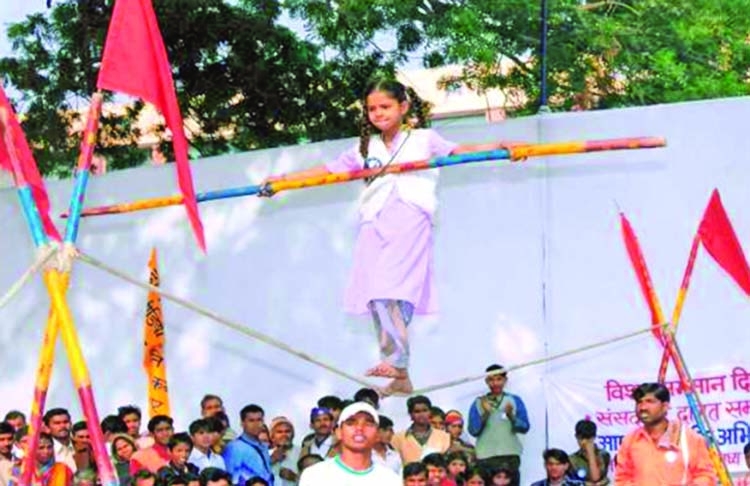 Branded as being "born criminal" 150 years ago under British colonial rule, De-Notified Tribes (DNTs) continue to bear the brunt of the various laws that stigmatised them since 1871. Dakxin Chhara, the award-winning filmmaker and DNT activist, shared how the DNT community in India continues living an abysmal existence because of a centuries-old criminality stigma. Chhara calls his community an "invisible population" owing to their absence from government records, welfare schemes and a complete lack of political will to address their marginalisation.
"Even within a village in India, one can see the clear demarcation of localities based on caste, religion etc. One of the most marginalised, Dalits (former untouchables) also have an area where they stay, but for DNTs, there is no space within this structure," Chhara said in an exclusive interview with IPS. "They are not considered worthy of being part of the village, and most end up living in jungles, moving from one place to another, isolated and stigmatised."
In 1871, nearly 150 tribes were notified to be criminals by the 'Criminal Tribes Act' passed by the British, meaning, just being born into one of these tribes made one a criminal. The absurdity of the rationale behind this discriminatory law, introduced in 1871 in India, a society largely based on caste and caste-based discrimination, can be seen in the British official's introduction to the bill. He said: "People from time immemorial have been pursuing the caste system defined job-positions: weaving, carpentry and such were hereditary jobs. So, there must have been hereditary criminals also who pursued their forefathers' profession."
Academics say the creation of these criminal tribes was a "colonial stereotype". It was to justify the British to discipline or control a section of the population who did not fit into the colonial power's moral order they were trying to enforce on rural society. Among the worst victims were communities like the DNTs, who did not have a sedentary lifestyle. This made it more difficult to demand their subservience.The Criminal Tribes Act, 1871, was repealed on August 31, 1952, resulting in the former criminal tribes 'de-notified' of this discriminatory tag. However, this was only on paper.
As in most groups, the women from these communities bear many layers of marginalisation. Sakila Khatoon from the north Indian state of Bihar belongs to the Nat community. Married off at a very early age, Sakila pursued her education and worked within the development sector on issues concerning her community. Most women she works with, however, have not had that opportunity, she told IPS.
Women from the Nat community face prejudice and stereotypes because of their involvement in sex work, and those who wish to explore other avenues of livelihood are discouraged and not treated with dignity. Sex workers from the community not only face stigmatisation but also are targets of police excesses. Khatoon shared how children of these women are often discouraged from pursuing higher education and are recipients of undignified comments from people who know that their parents are sex workers.
"Encouraging and supporting women from our communities to pursue higher education is the key to their upliftment," Khatoon says.Vijay (name changed) from the 'Pardhi' community in the state of Madhya Pradesh shared how harassment by police led to many people belonging to his community commit suicide and how the authorities continue to ostracise them. Youth are arbitrarily arrested on mere suspicion because they are seen as habitual offenders.
Over the years, there haven't been any genuine attempts to address the plight of the DNT communities, and commissions aimed at improving their condition have failed.Shiney Vashisht, a PhD research scholar at the Jamia Milia Islamia in New Delhi, who worked as a researcher at the National Commission for Denotified, Nomadic and Semi Nomadic tribes, confirms this.
"The National Commissions established and re-established over the years, have done nothing close to substantial for the DNTs except for half-heartedly recommending welfare steps, that are a mere compilation of suggestions from previous commission reports, based on population projections of decades-old data," Vashisht says.
Based on her engagement with leaders from the community and field research, she argues that these communities deserve a designated commission, having a constitutional status on the lines of National Commissions for Backward Classes, Scheduled Castes and Scheduled Tribes.The commission should generate a database from a national survey of DNTs. The inquiries should have a strong mandate to recommend DNT specific welfare schemes.
Chhara adds that one of the demands of the DNT community is separate reservations. He gives the example of the state of Maharashtra, where within the OBC quota, there is a separate reservation for DNTs and says that a model similar to this should be applicable throughout the country.Chhara remembers how as children, his sister eventually gave up going to school after the humiliation of being falsely called a thief in front of the entire class and teacher when a few marble balls went missing.
Years later, little has changed. Chhara had to remove his children from their school after the principal told him that because the school's trustees belonged to the upper caste, the school had clear instructions of not admitting any children from communities that Chhara came from."It is not hard to guess that when something like this can happen to a man like me who has won national and international awards, what would the fate and plight of others belonging to our communities be."


Mariya Salim is a fellow with
IPS UN Bureau