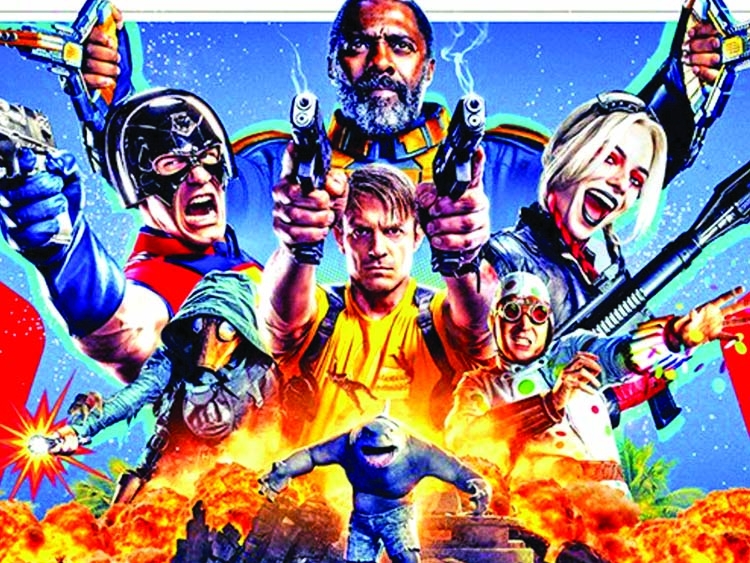 Reviews for James Gunn's The Suicide Squad are pouring in, and there's already a clear difference in its  Rotten Tomatoes scores compared to past DCEU movies. Rotten Tomatoes has always been a big talking point around the DCEU, particularly after the incredibly low scores assigned to Zack Snyder's Batman v Superman: Dawn of Justice and David Ayer's Suicide Squad.
Things have improved some in the time since, but it's still not a problem they've fully recovered from, as evidenced by Wonder Woman 1984's score dropping massively after release. The issue is only exacerbated by the MCU's flawless history of Fresh scores for all 24 MCU movies, making the DCEU's wonky Rotten Tomatoes track record even odder.
While review scores for The Suicide Squad are still coming in (meaning the numbers will certainly change up until shortly after release) the initial results are a stark contrast to not just other DC movies, but also to the MCU. When it was initially unveiled, Rotten Tomatoes announced The Suicide Squad had a perfect 100% score for its first 43 reviews, but it's since fallen slightly to 97% with 77 reviews, which sets it apart from most other comic book movies, but not simply for the high Tomatometer, as some of the other data collected by Rotten Tomatoes also diverges from the kind of behavior we normally see from these movies.
If the 97% holds, The Suicide Squad will be rated higher than any other movie in the MCU and DCEU, but despite the high score, it's surprisingly not quite the best-reviewed movie of the two franchises. Rotten Tomatoes' Tomatometer represents a simple percentage of thumbs up or thumbs, discarding the extremity of any positive or negative reviews, meaning sometimes the Tomatometer can either over or under-represent the actual sentiment in the reviews themselves.
In this case, it's over-represented, as The Suicide Squad has an average review score of 8 out of 10, which is good enough for the highest average review score in the DCEU, but comes in third in the MCU behind Black Panther (96% - 8.3/10) and Avengers: Endgame (94% - 8.2/10). Meanwhile, the next highest rated movie in the DCEU is Wonder Woman at 93% with a 7.7 out of 10.
While The Suicide Squad has high marks all around, one other thing differentiating its score from other MCU and DCEU movies is the difference between the Tomatometer and the average rating. If we turn the 8 out of 10 to a percentage, 80%, we see that the average reviews come in 17 points lower than the 97% Tomatometer, which is tied with Iron Man, Thor: Ragnarok, and Ant-Man and the Wasp for the largest difference in the two scores. Although the DCEU has it cleanly beat in this category, as Batman v Superman: Dawn of Justice and David Ayer's Suicide Squad had average review scores 22 and 23 points higher than their Tomatometer scores reflected.
The score is sure to change in the next week or two as more reviews come in (most DCEU movies get 400+ total reviews submitted to Rotten Tomatoes), and with only 77 reviews at the time of writing, it's much more susceptible to a swing at this stage in the game, especially considering comic book movies tend to have slightly more positive early review (see Wonder Woman 1984). Either way, the early numbers certainly set The Suicide Squad's reviews apart from most other DCEU and MCU comic book movies, and it'll be fascinating to see where the scores fall when it's all said and done.