Audience appreciation is my inspiration 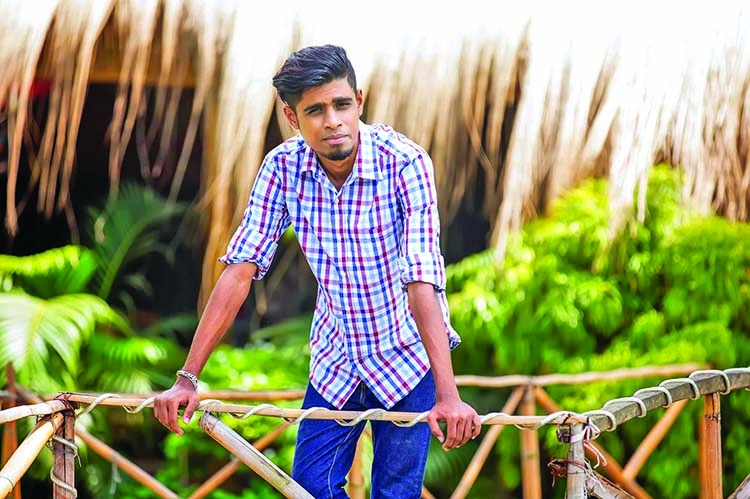 Raqibul Islam made his acting debut on Eid-ul-Azha in 2017 with the drama 'Moyna O Mojnur Golpo' directed by Mehedi Hasan Hridoy. From there on he did not have to look back. He has acted in several popular dramas including 'Biscuit Khan Pattaya Jan', 'In a Relationship', 'Singara Babu' 'Fifty/50' and 'Good Boy Bad Girl'.
Raqibul Islam is well known for his different gestures and aesthetic performances. He has recently received acclaim for his performance in several dramas. Raqibul acted in the drama 'Dui Din Dui Raat' directed by Bishawjit Datta on this year's Eid-ul-Fitr (2021). The drama has already taken place in the international website Internet Movie Database (IMDB).
Various private satellite TV channels in Bangladesh on aired five of his dramas on this Eid -ul- Azha (2021). These are 'Dhanda' directed by Mohon Ahmed, 'Lulu Pagal' directed by Bishawjit Datta, 'Love Delivery' directed by Osman Miraz, 'Complaint Boy' directed by Shahid Un Nabi and 'Bhai Sangbadik' directed by Nazmul Roni.
Raqibul Islam said that he is getting good response from the audience through the dramas. According to him, ‘Every character is challenging for me. I always work with challenges. The audience appreciated my acting, which was my inspiration and motivation to offer and deliver more satisfactory and quality works in the future.'
---Mohammad Tareq