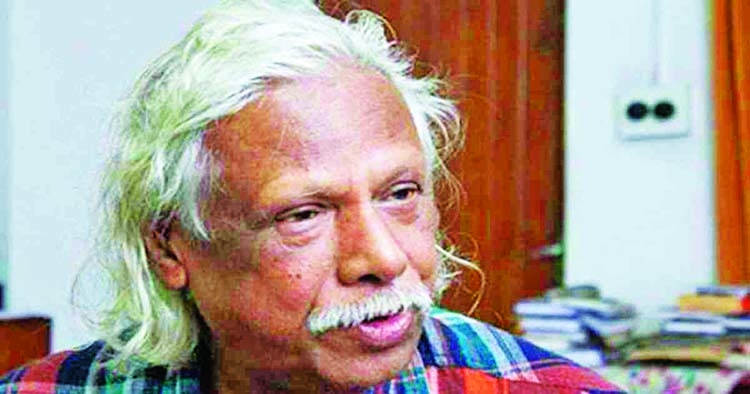 Gonoshasthaya Kendra founder Dr Zafrullah Chowdhury on Sunday said the country's health system has collapsed due to the 'wrong' policy of the government as it is suffering from 'dependency syndrome'. "The Covid death rate has increased in the country because of the government's wrong policy. The government has been walking on a wrong path for which the health system has completely collapsed," he said.Speaking at a press conference at Gonoshasthaya Kendra, Zafrullah said, "We don't want to increase the capacity of the country. We would like to import various things, including oxygen, and widen the dependence on India.
It's called dependency syndrome'', reports UNB. He said the government should take steps to set up oxygen plants in 64 districts to save people's lives. "The cost of the most advanced technology capable of producing 50 tonnes of oxygen per month is only Tk 6 crore. There're many business institutions that can do this. If we could have 64 oxygen production centers in 64 districts, no one of us would die from lack of oxygen."
Zafrullah alleged that the government is not providing people with true information about the vaccines. "It's not saying how many vaccine doses are in its hands and how much money was spent on buying the vaccines. We know the Russian government wants to provide each dose of the vaccine for eight dollars. The government should tell people the truth about vaccines."
He said the government itself is not abiding by the lookdown which was enforced to control the Covid infection. "But the poor people are being repressed to comply with the lockdown."Zafrullah, a freedom fighter, said the government considers people as its subjects and it does not feel it necessary to be accountable to them. "There's now no politics in the country while the businessmen and bureaucrats are ruling the country with guns on the shoulders of the Prime Minister."