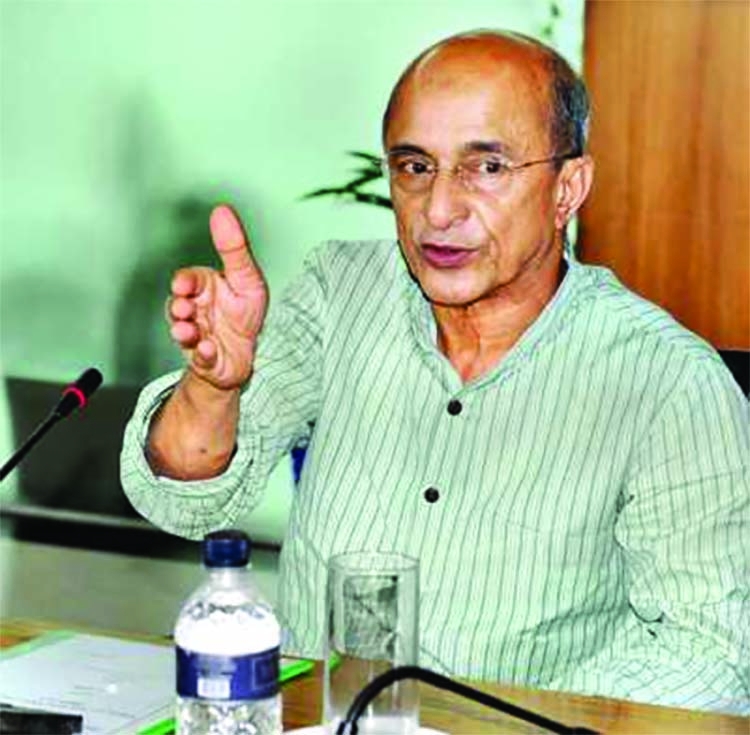 Tawfiq-e-Elahi Chowdhury
The government has made efforts to overcome the problems in the energy sector by setting innovative and renewable a long term target for electricity generation like fuel diversification, development of domestic primary fuels, use of alternative energy, use of nuclear energy and energy efficiency improvement.
Prmie Minister's Energy Adviser Dr. Tawfiq-e-Elahi Chowdhury said Petrobangla and its companies have been playing a pioneering role in energy sector of the country. Even during the Covid-19 pandemic, they are trying to ensure uninterrupted production, transmission and distribution of gas. It is important to introduce innovative ideas for enhancing efficiency, providing better services and creating awareness of responsible use of energy among the consumers to ensure energy security of the country in the future.
Energy Division Senior Secretary Md. Anisur Rahman has told The Asian Age that the demand of gas growing up and this trend of demand will more by 2025. To keep it in our mind, we are trying to go ahead with an effective and realistic policy so that we can meet supply and production in the days to come. Our ministry has already initiated a master plan and accordingly we are moving in right direction. Sometimes World Bank, Asian Development Bank wish to work with us in respect of the issue. But they are used to moving forward with long period. As a result, we do not intend to receive their proposals.
An energy expert told The Asian Age that Bangabandhu dreamt a Sonar Bangla and he realized that depending on agriculture it was not possible. He gave impetus to industrialization and for that Bangladesh needs sustainable energy sector. In order to attain his dream, he gave directives to a foreign company named Shell to expand gas network or to sale it to Bangladesh.
Bangabandhu used to explore oil and gas with Russia and Germany to materialize his policy. Bangabandhu wanted an agreement with India in order to explore coal, but before he was assassinated in 1975. He also said the persons are supposed to deal with such critical job are not efficient and knowledgeable. Bangladesh government has no other alternative to Bangabandu's energy policy.
According to foreign development partners, commendable progress has been made in the renewable energy sector in the last few years. At present, a pretty number mega watt is being generated from renewable energy sources. Solar Home System (SHS) is a success story in Bangladesh. It has been hugely popular in the rural areas, especially in the off-grid regions.
Taking everything into consideration for the future energy security, the government has given due consideration to renewable energy. To expedite the process of integration of renewable energy technology in the country, the government approved the Renewable Energy Policy in 2008. The objectives of the policy are to harness the potential of renewable energy resources and disseminate it to the people, as well as to enable , encourage and facilitate both public and private sector investment.
On the other hand, the Sustainable and Renewable Energy Development Authority (SREDA) Act was activated in2012. The objectives of it are to promote, develop and coordinate renewable energy and energy efficiency programmes in the country. SREDA will prepare short, medium and long term plans to meet the targets set by the government by through its policy. It will also monitor all renewable energy programs and activities implemented by public and private entities.
As a result, Petrobangla authority is capable to show its expertise of achieving daily gas production-2924MMSCFD and distribution-2795MMSCFD, daily oil stock-730057MT and daily oil sales-20540MT, together with daily LNGsupply-461MMSCFD.Taking everything into consideration Meanwhile, Adviser to the Prime Minister on Power, Energy and Mineral Resources Tawfiq-e-Elahi Chowdhury, Bir Bikram, has sought cooperation of ExxonMobil, one of the world's largest publicly traded international oil and gas companies, for investing in Bangladesh, specially for oil and gas exploration in offshore-places.Tawfiq-e-Elahi Chowdhury encouraged ExxonMobil officials to invest in Bangladesh during a meeting held with senior officials of ExxonMobil at the Bangladesh Embassy in Washington DC on July 30, an official release said on Sunday.