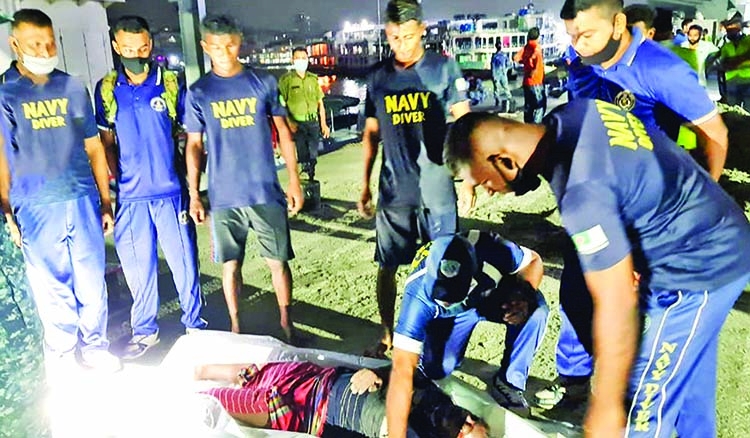 A diver team of Bangladesh Navy recovered a body from the river of Buriganga adjacent to Lalkhuti pantoon of Sadarghat area early on Monday. The deceased, identified as Mintu Hossain, 27, hailed from Bangsal in the capita and he had been missing since Sunday night, according to an ISPR release, the Bss reports. Locals said three people were walking on the Pantoon adjacent to Lalkhuti ghat and at one stage, they fell into the river around 11pm on Sunday.
Two of them were rescued alive by the local people but one was remained unaccounted for. Later, a seven-member diver team of Bangladesh Navy unit located at Pagla in Narayanganj conducted rescue operation at the spot around 1am on Monday and found the body at about 3am.