Save Our Newspapers & Journos too 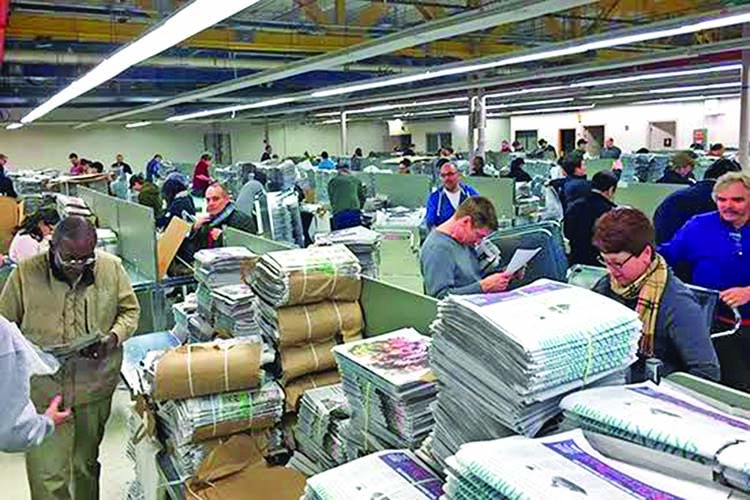 It was in May 2020 I quit my last job with a daily newspaper, just about two months after COVID-19 made its presence in Bangladesh. Door-to-door distribution of dailies came to a halt as hawkers could not enter different areas of Dhaka or residents stopped subscribing the newspapers in fear of being infected by the killer bug.
The Newspapers Owners Association of Bangladesh (NOAB) issued several statements assuring the subscribers that there was no possibility of contracting COVID-19 from the dailies. Yet, very little number of newspapers sold.People started to depend on television channels to update themselves and abandoned the extra newspapers gave them like an article like this. Thus TV business boomed.
It is the same almost across the world. According to the London Press Club, quoting its regulatory authority Ofcom,  although newspapers are one of the top sources "helping the public navigate the coronavirus of pandemic ahead of all other broadcasts, print and radio outlets, including the BBC. But, was second to TV.
Ofcom's "News consumption in the UK" report also found that public ranked social media as the worst source of news and information about the pandemic, while local and national newspapers and TV were the best.But, what is interesting, they too had been suffering from financial crunch against online news portals long before the pandemic hit the world and loss of revenue was insignificant as coronavirus sweeped Britain.
Saiful Islam, the past president of the National Press Club of Bangladesh, recently told a Bengali daily that the situation of the print media is "delicate" and joint efforts are required to keep them running."Even before coronavirus gripped Bangladesh, the situation was not good ... but now we are treading through a very difficult situation about which we had no idea or were prepared to face."
"Pages after pages go without any commercial now," added Islam, also the editor of the Daily Jugantor.The sole source of revenue for newspapers is commercials and a huge amount is pending with the government, which has not been paid despite the delicate situation the print media is going through. The authorities have neither given special financial package to overcome the troubled time, he said.Islam admitted about wage cuts, lay outs and other problems that has sent many scribes struggling to survive.
The question remains why?
I feel the first solution for survival is unitedly pressing the authorities in a bipartisan unity to release the money they owe to the newspapers immediately.
On a longer run, newspapers owners must create funds individually for crisis times and their employees will contribute annually for use in crisis situation, This is the most important unity. If there is no money to survive, the brain gets weak and overall output falls. Thus such a fund is beneficial for both sides.We also need to stop late payment of wages as it only piles up and spoils employer-employee relations.
When I quit my last job, I was very ill, but being forced to go to office at a time when "work from home" had become the norm. I was detected with a mild attack of COVID-19. My back wages for several months are yet to be paid. That is inhumanity in a crisis time like this or for any time. Such practices must stop. There may be many such cases where the journalist has little or no savings to survive with the family. What does he do?
For large business conglomerates, even if cash flow declined due to pandemic, payment of wages should not be an issue. The Jugantor editor also stated that newspaper is essential for democratic polity and thus it must be strengthened.To keep newspapers running, we need the people who bring in the food to have adequate food themselves.
Newspaper and Bangladesh's glorious history are intertwined and thus it is time to keep our newspapers running with due respect to all its journalists by saving them from the financial crunch or abject poverty being faced by many of our colleagues.Crisis will come and go, but unity, understanding and respect among the stake holders are the need of the hour.