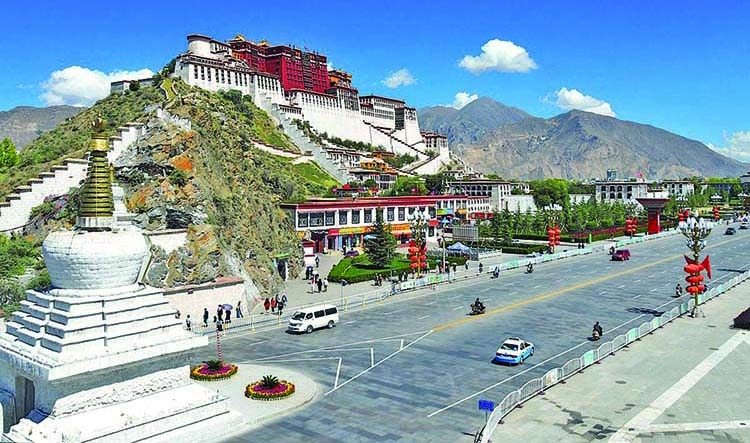 Chinese authorities in Tibet are ordering Tibetan residents to turn over the names and other personal information of relatives living in exile communities outside Tibet, threatening loss of state benefits such as land and housing for noncompliance, Tibetan sources say.
Launched in Dingri county in the Tibet Autonomous Region's (TAR) Shigatse prefecture in April, the campaign quickly broke its promises to Tibetan villagers who provided the required information, a source living in the region told RFA's Tibet Service."Families who agreed to provide the details of their relatives living abroad were interrogated again when Chinese authorities showed up after 15 days and confiscated their mobile phones," RFA's source said, speaking on condition of anonymity.
"And despite having given the authorities all the information they asked for, they were denied the benefits they were promised anyway," he said.The new campaign to identify Tibetans living in exile has also been launched in other parts of Tibet, including Nagchu (in Chinese, Naqu) prefecture in the TAR and Lithang (Litang) county in Sichuan's Kardze (Ganzi) Tibetan Autonomous Prefecture, said another source in Tibet.
"People with family members living outside Tibet are being forced to register their own names and then provide details about their relatives, such as their names, photos, occupation, and how long they have been living in India.""If they do not register these things at their local office, they have to go to the county to do it later on," he said.