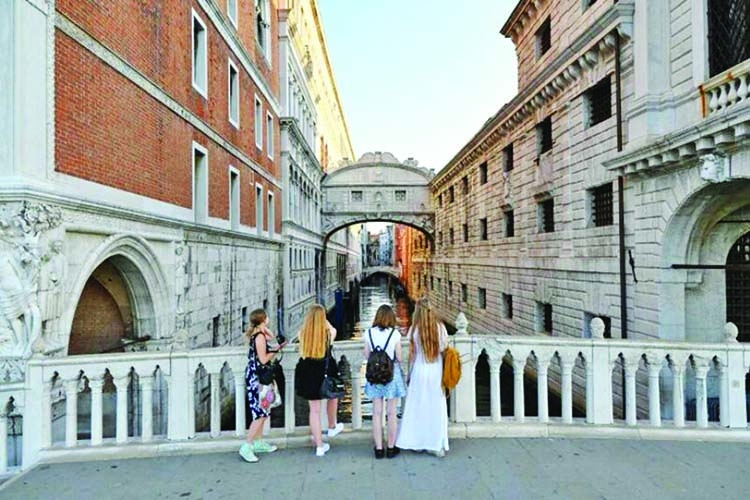 Some 28 per cent of people living in the European Union cannot afford to go away on holiday for a week, according to a study published Monday by the European Trade Union Confederation. For those with income at or below the "at-risk-of-poverty threshold" - including "millions" of low-paid workers, pensioners and the unemployed - the proportion is as much as 59.5 per cent, the study found."While access to holidays has grown over the last decade, the majority of low-income families remain excluded," ETUC said, in an analysis based on data from the EU's official Eurostat statistics agency, AFP reports.
"Statutory minimum wages leave workers at risk of poverty in at least 16 EU member states," it said.People are deemed to be at risk of poverty if they earn less than 60 per cent of median income, and EU data showed that 22 million workers fell into that category.
The ETUC said Greece was the EU country with the highest proportion - 88.9 per cent - of people living at risk of poverty who cannot afford a vacation, followed by Romania with 86.8 per cent, Croatia with 84.7 per cent and Cyprus with 79.2 per cent. It calculated that seven million Italians were unable to afford a holiday, 4.7 million Spaniards, 4.3 million Germans and 3.6 million French workers.
"Holiday inequality has grown in 16 member states over the last decade between those with income below 60 per cent of median and those with income above that threshold," the union umbrella body said.The ETUC backs a draft directive the EU is considering to ensure minimum wages in the bloc are sufficient to live on, legislation which is to be debated by the European Parliament after the European summer vacation period ends.
The ETUC's deputy secretary general, Esther Lynch, said vacations "should not be a luxury for the few"."The EU adequate minimum wages directive needs to be strengthened to ensure that wages are never so low that they leave workers living in poverty and collective bargaining is made a routine part of employment to ensure genuinely fair wages for all," she said.
The proposed EU directive foresees binding rules on the 21 of the 27 EU member states that have a legal minimum wage.It does not, however, fix a standard minimum level across the bloc, nor does it require the six countries without a statutory minimum wage - Austria, Cyprus, Denmark, Finland, Italy and Sweden - to adopt one.