Why Disney's Black Widow lawsuit response is so disappointing 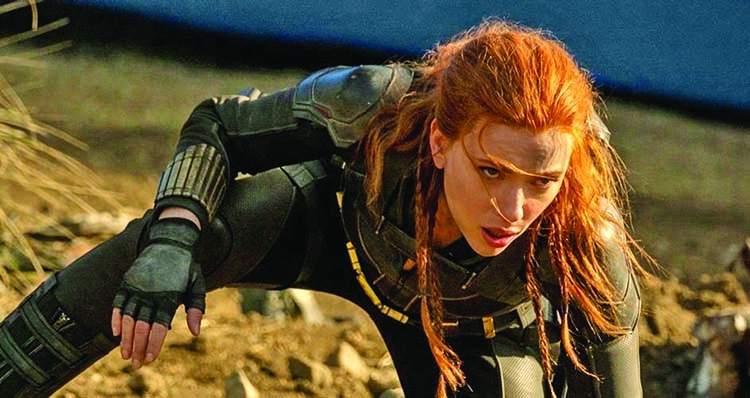 Disney's official response to Scarlett Johansson's Black Widow lawsuit was disappointing and has drawn fire on multiple fronts-here's why. The language of the statement has been found sexist by some parties, perpetuating what some see as a continuation of the policies that made Marvel Studios reluctant to release films focused on women for several years. The statement also seemed to cast Johansson in a bad light, making her seem greedy and insensitive to the COVID-19 pandemic.
The controversy began on July 29, when Black Widow's Scarlett Johansson filed a lawsuit against Disney regarding the long-delayed movie being released simultaneously on the Disney+ streaming service with its theatrical U.S. release. It was Johansson's contention that the release was an act of bad faith on the part of Disney, given that her contract for the movie based her final salary upon the box office receipts of the film and that no effort was made to compensate her for the revenue coming from streaming sales.
Disney responded later that day with a statement claiming that the lawsuit had "no merit whatsoever" before noting that Johansson had already been paid $20 million for her work on Black Widow, apart from whatever bonuses she had yet to earn. The statement also called Johansson's lawsuit "sad and distressing in its callous disregard for the horrific and prolonged global effects of the COVID-19 pandemic."
The wording of the Disney statement is decidedly pointed for a legal PR release, which tends to use more neutral language. The COVID-19 pandemic was responsible for Disney's understandable decision to simultaneously release many highly anticipated summer movies in theaters and on Disney+. However, it seems strange to frame it in a way that makes it sound as though Scarlett Johansson is indifferent to the concerns of those who are reluctant to see a film in theaters right now, or for the general suffering brought about by COVID-19. By mentioning Johansson's earnings so far, the statement also suggests that Johansson is really more concerned about money than her employer honoring the terms of her contract.
For context, it should be noted that a $20 million starting salary seems to be typical for MCU actors headlining a movie and that Robert Downey Jr. had the same salary for Avengers: Endgame, as well as 8% of back-end points, resulting in a final paycheck of $75 million for his final Iron Man appearance. The exact details of Johansson's contract for Black Widow have not been made public, but Disney's statement was clearly meant to frame Johansson as both greedy and out of touch. Judging from the backlash, however, that plan has backfired on the company.
Beyond impugning Johansson's character, many see the statement as a prime example of the sexism surrounding the character of Black Widow and her treatment by Marvel Studios since she first appeared in Iron Man 2 in 2010. Despite being a popular character and a founding member of the Avengers, it still took the better part of a decade before Marvel Studios would produce a solo film centered around Black Widow.
It is believed this was due to former Marvel Entertainment chairman Ike Perlmutter, who did not want to produce any movies focusing on women or minority superheroes. Even then, it took the financial success of Wonder Woman to enable Kevin Feige to get the ball rolling on a Black Widow movie. It does not help matters that Disney has a history of paying women less than men and is facing multiple lawsuits over their pay practices in recent years.
Regardless of how much Johansson might have lost or stands to gain, the Black Widow lawsuit is making waves in Hollywood. Women in Film, Los Angeles, ReFrame and Time's Up issued a joint statement in support of Johansson, calling the Disney response to the lawsuit a "gendered character attack." Additionally, other actors from Disney films released this year (including Cruella star Emma Stone) are apparently considering their own lawsuits against Disney+ over the simultaneous streaming releases, suggesting that Johansson will not be alone in her fight.