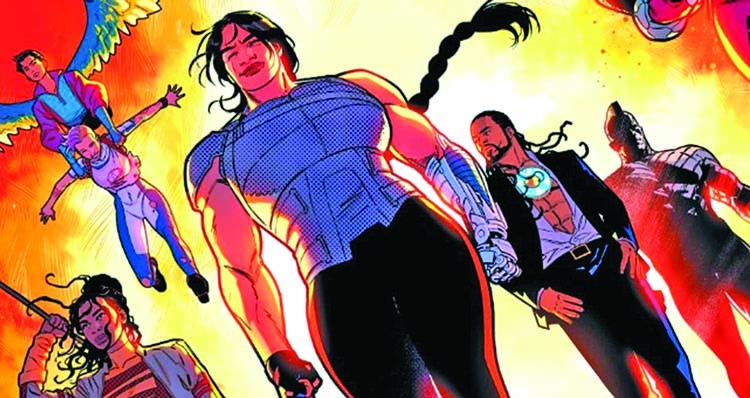 DC Comics' Suicide Squad is officially a failure - because their latest actions have risked causing World War III. Amanda Waller is one of the most sinister figures in the DC universe, a Machiavellian schemer who is responsible for running Task Force X - better known as the Suicide Squad. She chooses inmates from Belle Reve prison, and recruits them into her team in order to send them on black ops missions - with bombs planted in their heads that she can detonate if they disobey orders.
The key to Suicide Squad's success is the concept of "plausible deniability." When Task Force X is sent on a mission, to the rest of the world they seem to simply be a bunch of supervillains who are acting independently. This means Waller can send her team on missions that would tarnish the reputation of the United States if government agents were spotted or captured. In James Gunn's The Suicide Squad, the DCEU version will be sent to a remote island called Corto Maltese, where they'll deal with dangerous experiments that appear to be involved with the mysterious alien called Starro.
But Action Comics #1033, by Phillip Kennedy Johnson and Daniel Sampere, reveals that Task Force X has officially failed in the DC Comics universe. The Atlanteans have recovered an alien artifact that hails from Warworld, and the U.S. government wants to get its hands on it. Amanda Waller sends two Suicide Squad members to recover it, but they fail and are captured.
But here's the catch: it seems the Atlanteans know about Task Force X, because they identify Waller's operatives and consider the intrusion to be an act of war. Things swiftly heat up; the United Nations support the U.S., Russia and China condemn them, and the world is brought to the brink of World War III.
It seems Amanda Waller and her Task Force X have developed something of a reputation, with every world government reacting to their actions. According to Action Comics #1033, a Suicide Squad mission is being discussed by the United Nations, potentially causing a Third World War - with only Superman and his family to stop Earth from becoming a new Warworld. Clearly Waller has made too much noise, run too many missions, and her team has become pretty much public knowledge.
All this raises a curious question: why is Amanda Waller being allowed to continue running Task Force X? It's likely her Suicide Squad has achieved too much to be shut down, while no doubt Waller has resorted to political blackmail as well. But now she has had her highest-profile failure ever, one that has brought the planet to the brink of World War III. Her Suicide Squad has failed.