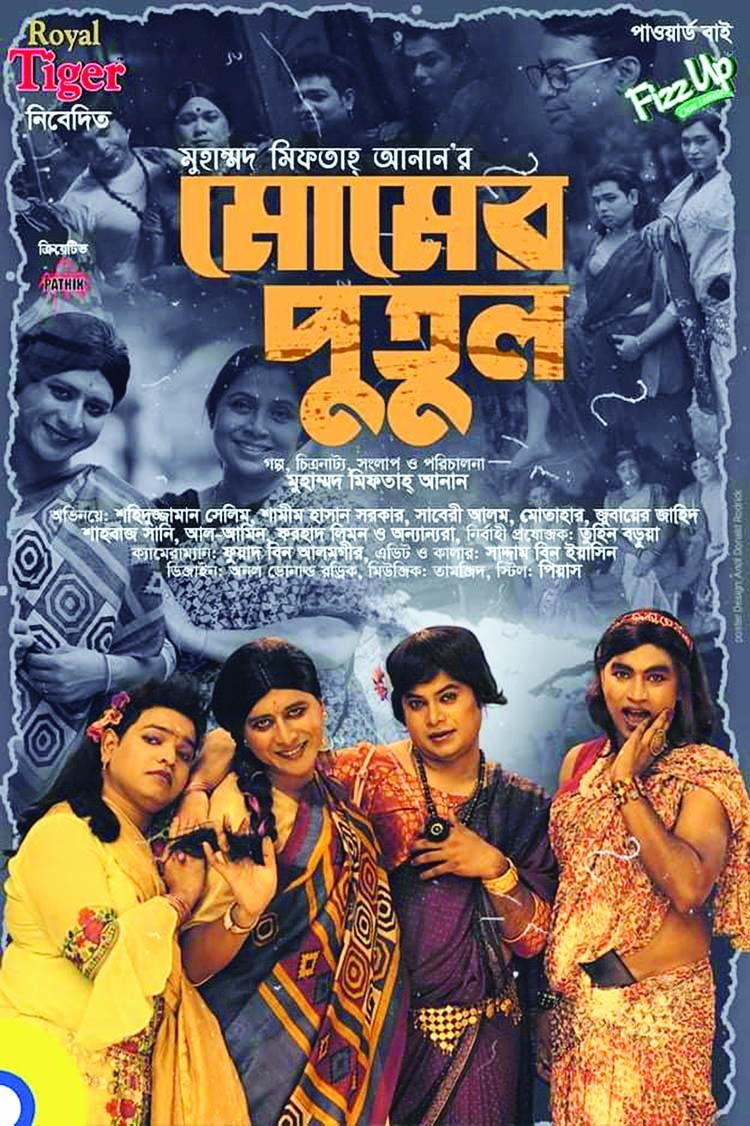 "Momer Putul" drama directed by director Mohammod Mifta Anan has been released recently in the youtube channel Global TV. The chief executive producer was Tuhin Borua. This drama portrays the social life of the transgender community. It shows how a transgender faces various harrasment from society and is forced to leave their family and join the transgender community. The drama also shows their daily life and the negative stereotypes of society towards them.
The drama even highlights their struggles during this covid pandemic. Like many, they had no source of income at this time so had to turn to undesirable work to earn money. Additionally many parents who have transgender children leave them on the streets, so the need for volunteers to take care of these transgender children is also highlighted. This drama points out that humanity comes first before anything else.
It shows that transgenders are people like the rest of us, their emotions of happiness, sadness etc are just as valid as ours. In the story the main transgender character will be played by the renowned actor  Shamim Hasan Sarkar. Other actors in the drama include Sahidujjaman Seli, Shaberi Alam Mohtahar, Jubayer Jahid, Sahbaj Sunny, Al-amin and others. Director Mifta Anan says "I have utilised the best to direct this drama. I have tried to give the audience something new. I tried to portray the emotions of a transgender person. As of now, this drama has received positive feedback."