Priyanka Sarkar and Srabanti Chatterjee to star in a psychological thriller 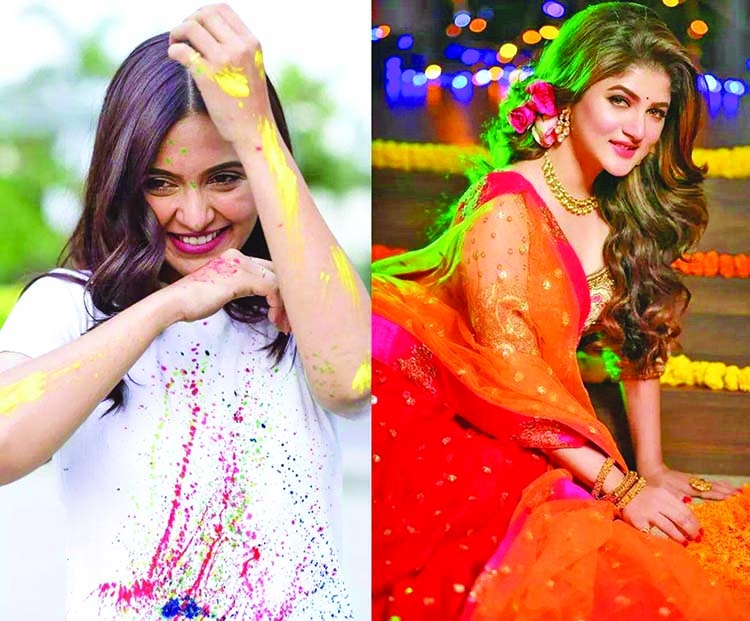 This is the first time you would get to see Priyanka Sarkar and Srabanti Chatterjee sharing the screen together for a film, courtesy Anshuman Pratyush's upcoming psychological thriller 'Dhappa'. Interestingly, this film won't have any male lead.
Of late Tollywood has seen quite a few films only with female leads and Anshuman says 'Dhappa' will revolve around the psychology of two women. "I have already worked with Priyanka in Nirbhaya and this I have always wanted to cast Srabanti in my film. So, I am really excited to make film with two such powerful actors. In the film, Srabanti plays a character who loves to live in her own universe away from the real world while Priyanka plays an independent working lady. These two characters cross each other's path during a stormy night when Priyanka's character takes shelter at Srabant's place. I can't divulge more since it's a thriller," shared Anshuman.
Meanwhile, Srabanti says it's a gripping story. "You would feel the excitement till the climax. I haven't played such a character before. I was also excited when I heard Priyanka will also work in this film," said Srabanti who is maintaining a strict diet now for a toned body, all for her character in 'Dhappa'. Priyanka, too, says it's a challenging project. According to her, this is one of those characters which anyone would love to play.
Both Srabanti and Priyanka want more women centric films should be made in Tollywood. Camera will start rolling for the psychological thriller from September 15 and it will be shot in and around South 24 Pargana's Shason.
On the other hand, Anshuman's next film starring Jeet and Mimi Chakraborty will finally release on October 10 during Durga Puja. Starring Sabyasachi Chakraborty, Abhishek Chatterjee, Biswanath Basu and Debdut Ghosh in pivotal roles, 'Baazi' is the Bengali remake of the Telugu hit 'Nannaku Prematho. The action thriller follows a twisted story of love and revenge.